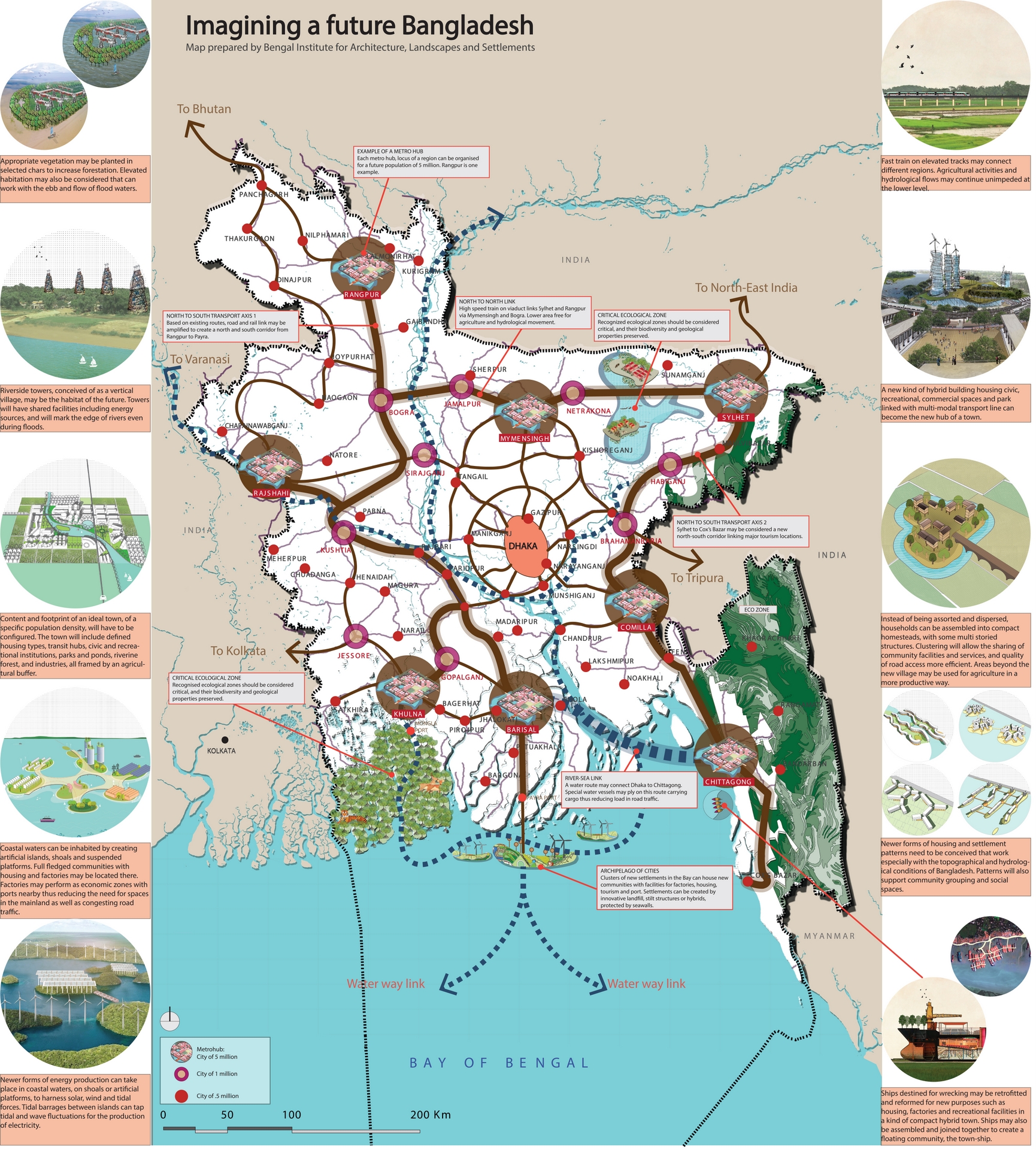 Summary of the Imagined Future 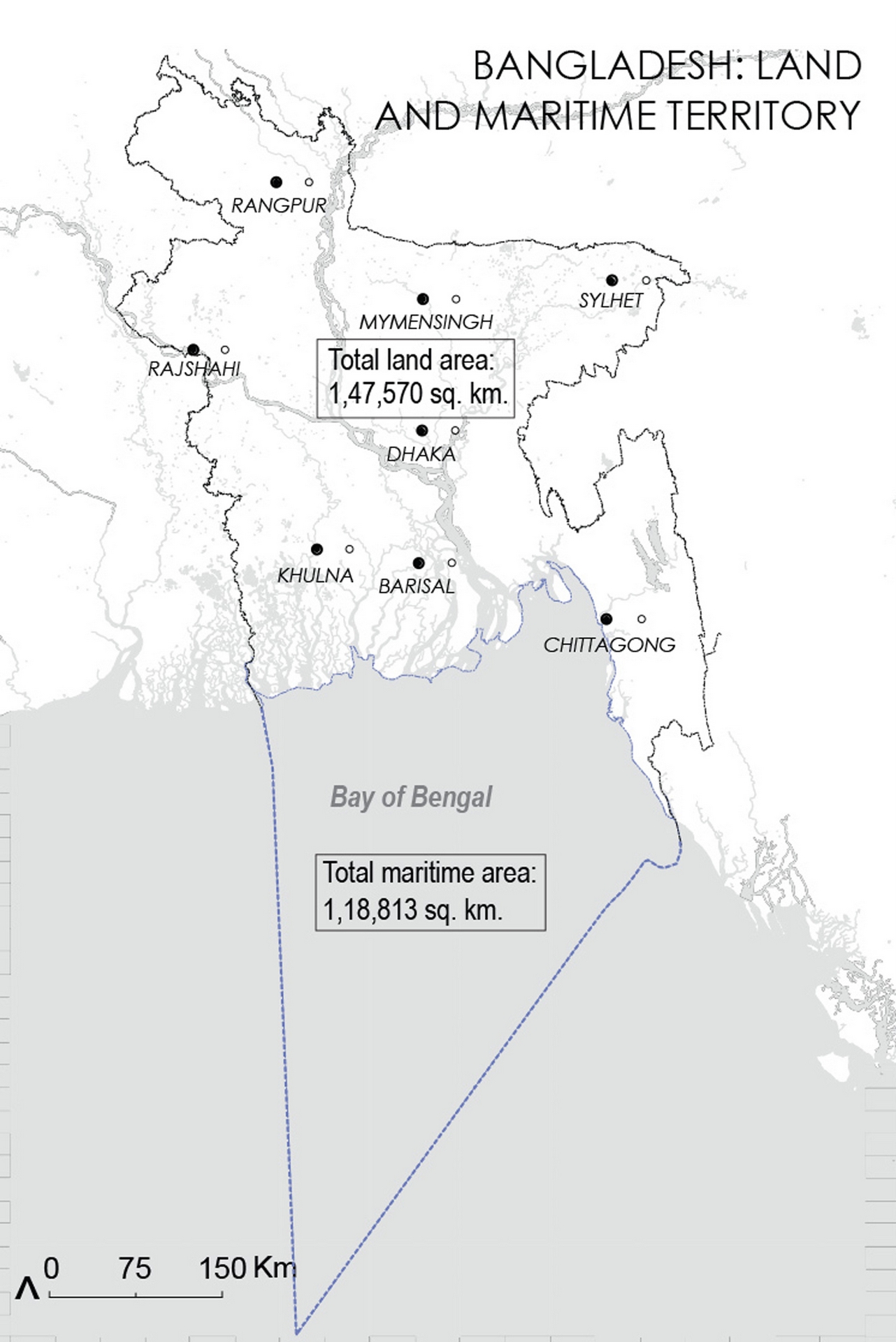 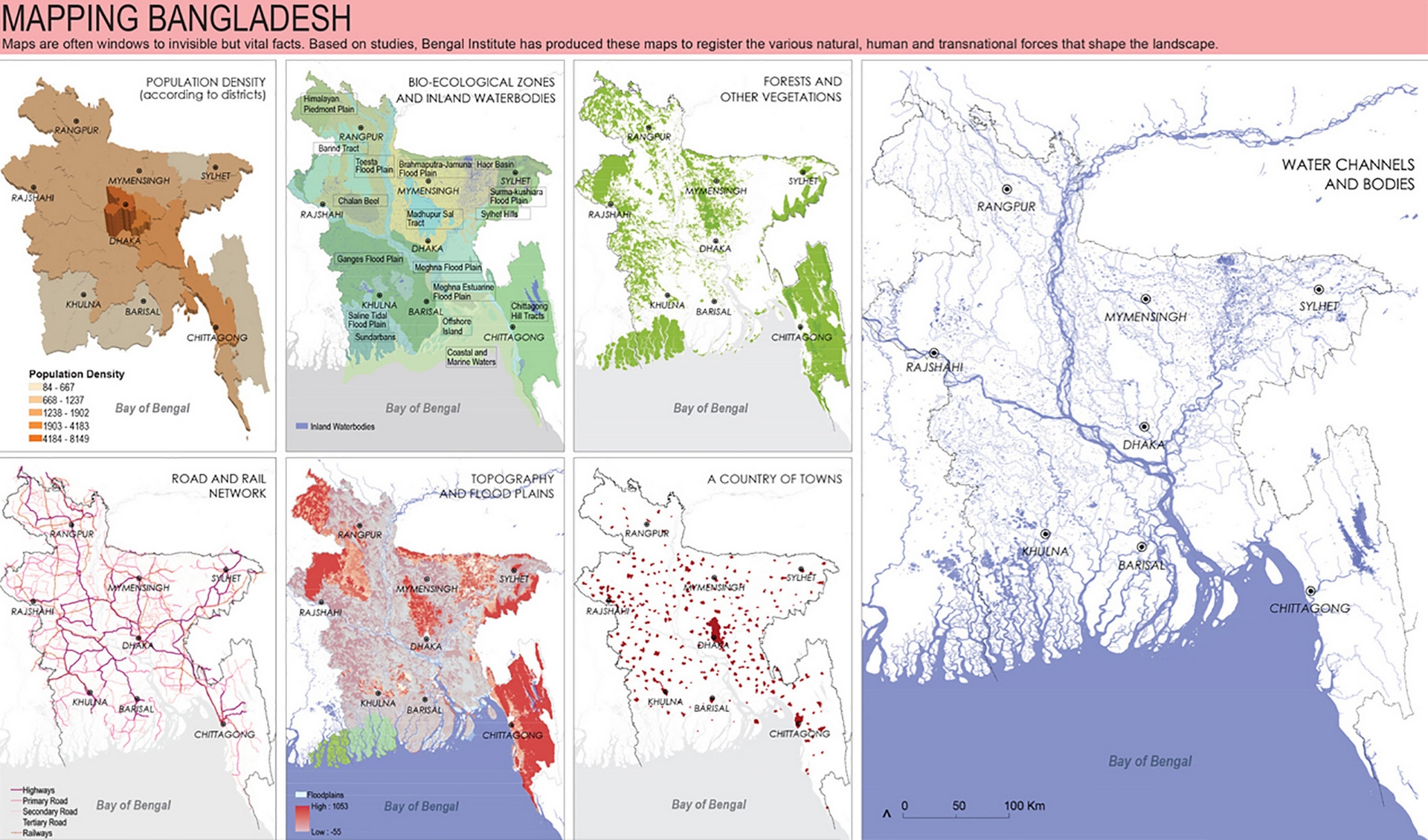 An Atlas of Landscape 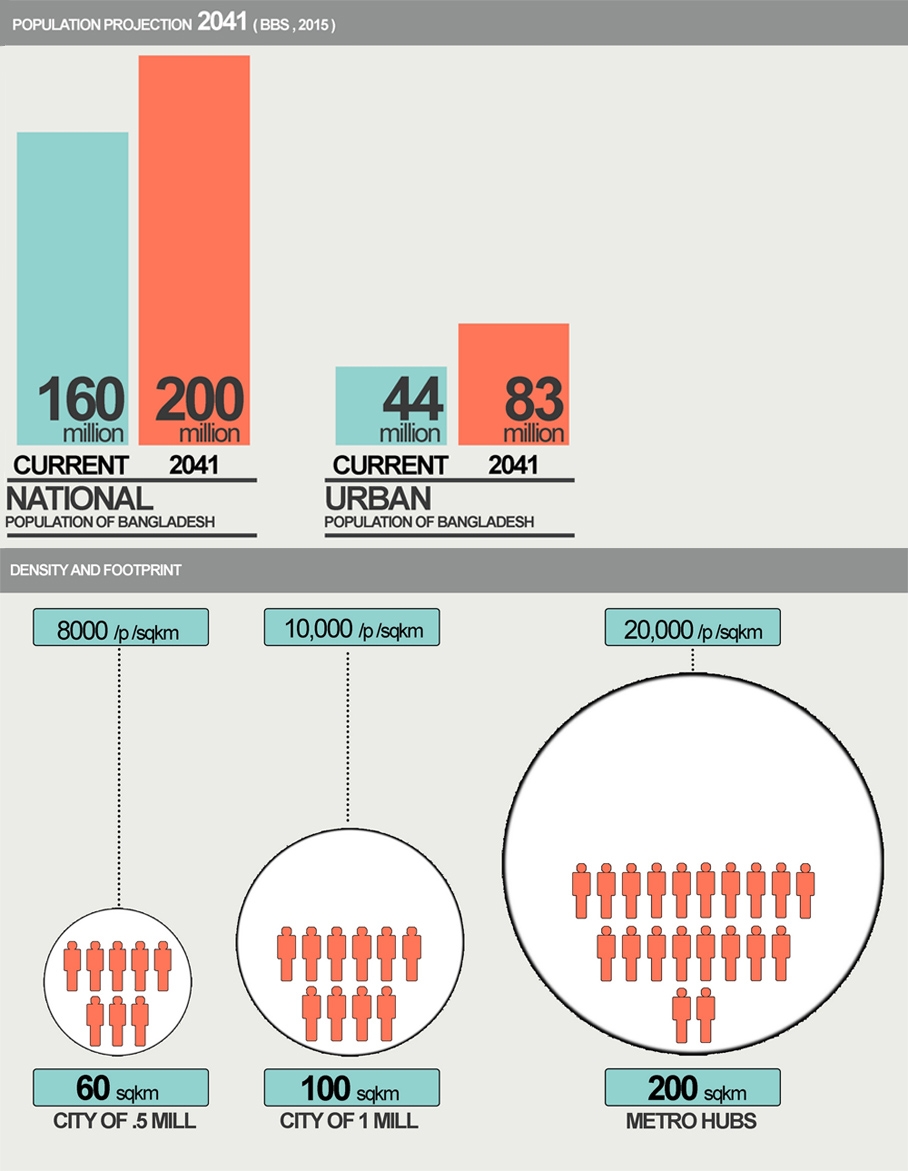 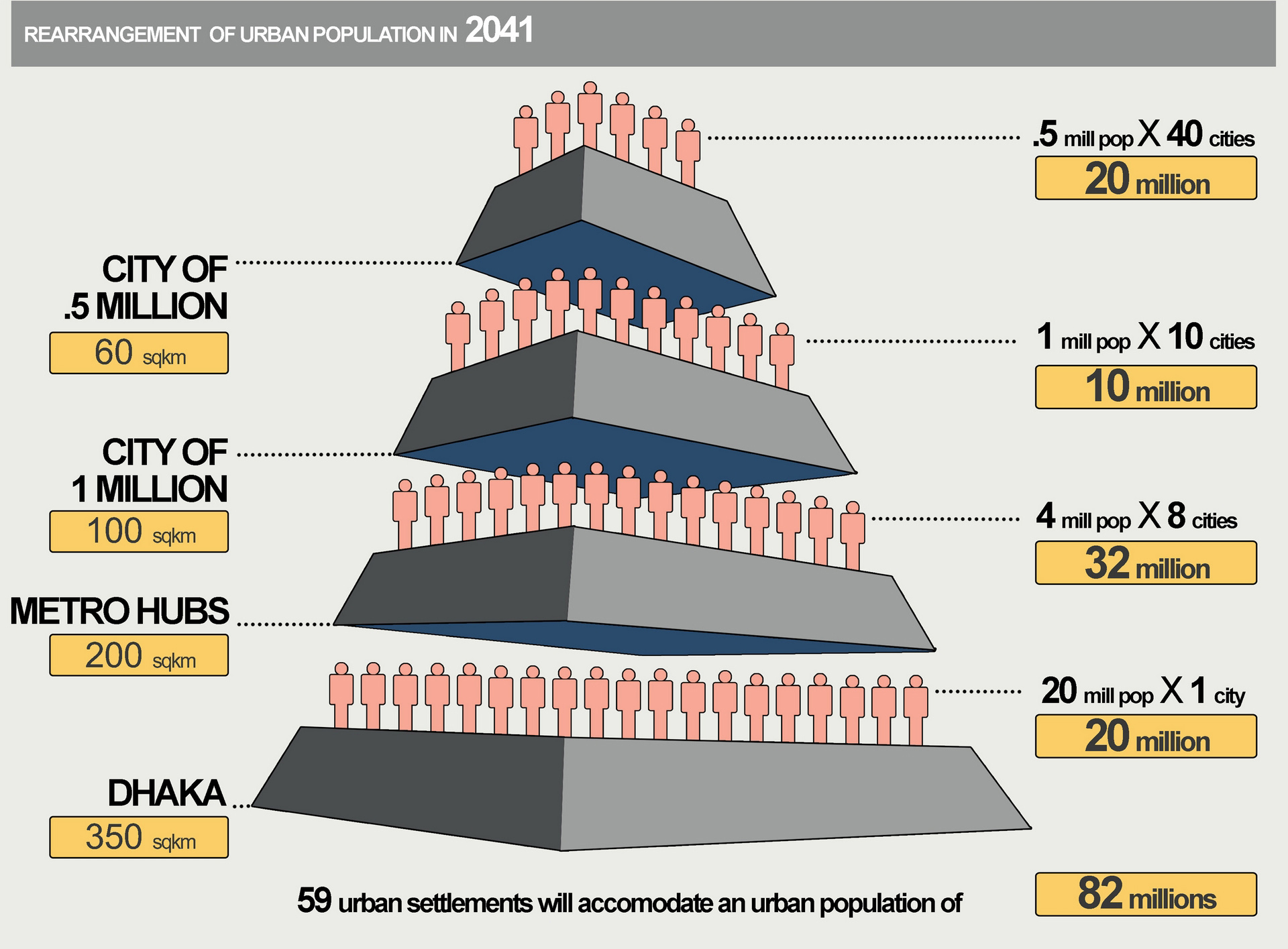 Rearrangement of Urban Population
Previous Next

Tomorrow’s Bangladesh is already here. Achievements and progress in all fields—from manufacturing to cricket, and from architectural excellence to social indicators—open up new prospects and promises for Bangladesh. PricewaterhouseCoopers, in its global economic projection for 2050, estimates that Bangladesh can potentially become the world’s 28th largest economy by 2030, surpassing countries like Australia, Spain, South Africa, and Malaysia in economic growth.

But there are also challenges when things move rapidly. As economic and social transformations are ultimately related to realisations on the ground, on impacts to the physical and infrastructural landscape, a robust and integrated planning is required to deal with changes. We are reminded of Bangabandhu Sheikh Mujibur Rahman’s call for a “comprehensive planning… rather than doing something today, something else tomorrow, and something else day after… which will not solve problems” (1972). Planning at such a scale requires embracing a new imagination as conventional ones are not enough to deal with the enormity of changes.

In visualizing the future, we need an adjustment of the mental map of Bangladesh. A nation is not only narrated and officiated but also visualized; visualization provides powerful perspectives for re-viewing the nation. The research and design team at Bengal Institute presents here a possible outline of that new map.