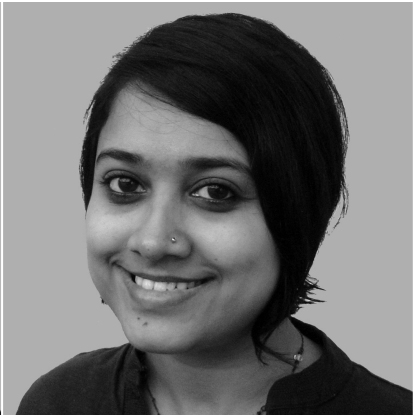 Rupali Gupte is an architect, urbanist and artist based in Mumbai.  She is a Professor at the School of Environment and Architecture (SEA). Her work often crosses disciplinary boundaries and takes different forms – writings, drawings, mixed-media works, story-telling, teaching, conversations, walks, spatial interventions and curation. Much of this work involves extensive research on contemporary South Asian urbanism with a focus on architecture and the built environment; tactical practices; housing; and urban form. In 2003, she co-founded an urban research network, Collective Research Initiatives Trust (crit.org.in). In 2013, she co-founded the School of Environment and Architecture (sea.edu.in). She is also a partner at BARD studio (bardstudio.in)

Her recent works include, an architectural installation ‘Belly of the Strange’ at the MACBA Barcelona (2018), as part of a group show, ‘In the Open or in Stealth’; ‘Transactional Objects’, an art installation shown at the 56th Venice Biennale (2015), Seoul Biennale of Architecture and Urbanism (2017) and in a solo show at the Mumbai Art Room (2018); a curatorial initiative titled ‘When is Space? Conversations in Contemporary architecture at the Jawahar Kala Kendra in Jaipur, India (2018); the design of a community library R&R, in a resettlement colony in Mumbai (2017), spatial design for the 11th Shanghai Biennale (2016); Gurgaon Glossaries, a methodology for reading cities shown at the Devi Art Gallery (2012), Delhi, the Mumbai Art Room (2013) and at the Sao Paulo Architecture Biennale (2013), ‘Being Nicely Messy’ a proposition for the future of Urban Mobility in Mumbai, shown at Istanbul as part of the Audi Urban Future Initiatives (2012); Mumbai chawl drawings and Architectural fictions shown at the Jugaad Urbanism in New York (2011) and the South Asian Architecture Exhibition in Gwanju, South Korea (2016); ‘Pothole City’, exhibited at Khoj, International Artists’ Association, New Delhi (2010) and ‘Multifarious Nows’, a multimedia map of the Mill lands of Mumbai shown at Manifesta 7 (2008) and DeBalie, Amsterdam (2008). 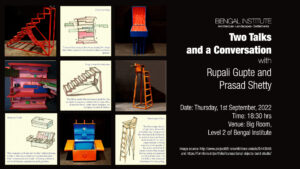 Two Talks and a Conversation: Rupali Gupte and Prasad Shetty