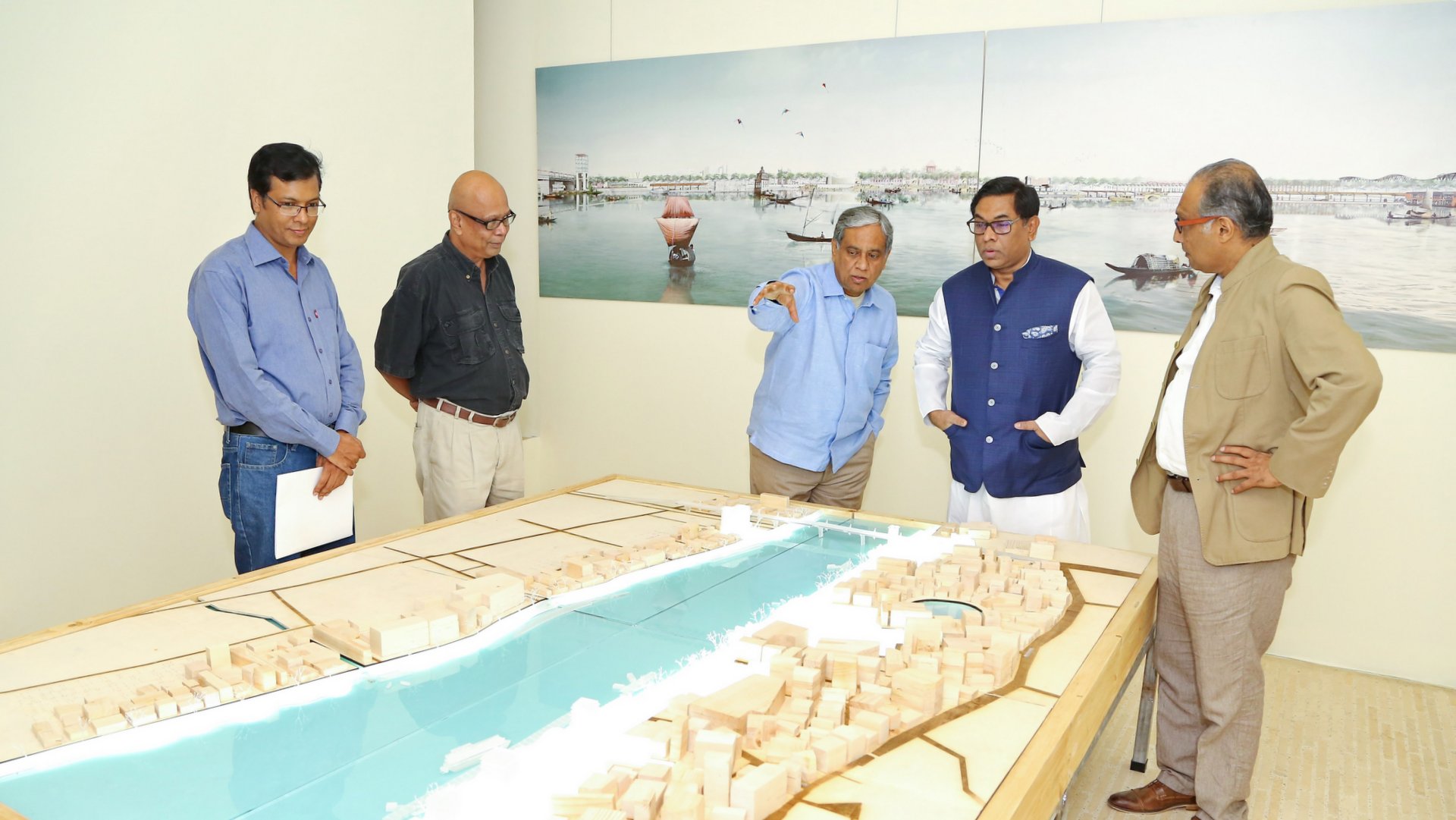 "Next Dhaka" was the first public exhibition of Bengal Institute's Research and Design Program's works. It featured some new thoughts and designs on and around Dhaka City.

Dedicated to rethinking the urban future of Bangladesh, Bengal Institute for Architecture, Landscapes and Settlements is involved in investigating and producing alternatives visions for a better, livable and brighter Dhaka. To demonstrate how Dhaka can be transformed into a city of civic, social and ecological well-being, Bengal Institute will present an exhibition of its visions for Dhaka.

To launch the exhibition, a presentation program had been organised for
15th October at Bengal Art Lounge at 15:30.

Bengal Institute has dedicated its resources to the study, research and design investigations for producing alternatives visions for a better, livable Dhaka. And some of those works were showcased at the “Next Dhaka: New Visions of the City” exhibition. Through the exhibition, and focusing on four areas of varying scales, Bengal Institute demonstrated how a dire Dhaka can be transformed into a better city. The intention of the exhibition is: to create public awareness for such a city, generate a momentum for transforming the city, and consider exemplary models of transport plans, civic spaces and public places. Bengal Institute presents alternative visions for Dhaka at three different scales: regional, inner-city and civic realm.

The Institute also proposed a “Dhaka Nexus” in which the city and its greater neighborhoods – the region – are brought under an active and coordinated planning net. Three transportation rings around Dhaka have been proposed, that will be the organizational basis of the nexus. The first ring is located along the existing embankment roads of the city and connects Tongi, Savar, and Keranigonj. The second ring connects Naryanganj, Bhulta, Pubail, Gazipur, and Hemayetpur. The third ring connects Munshiganj, Mawa, Narshingdi, Kapasia, Kaliakoir, Manikganj, and other towns and settlements.