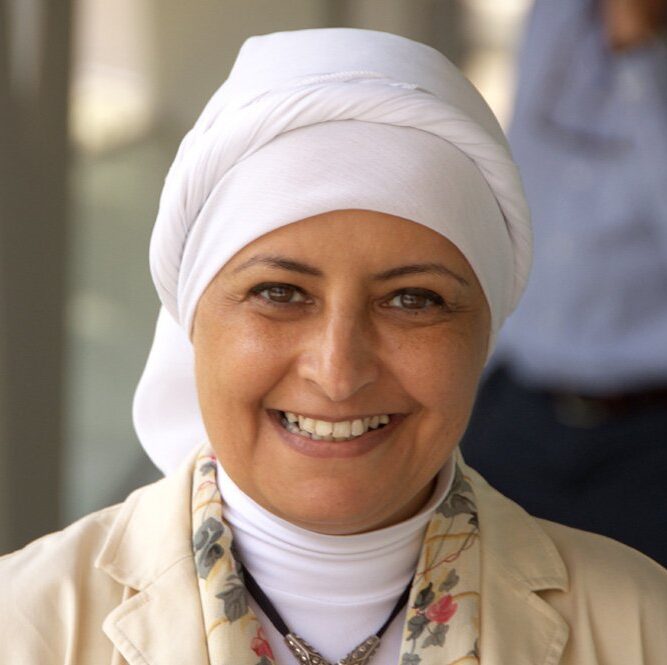 Howayda Al-Harithy is a Professor of Architecture and Urban Design at the Department of Architecture and Design (ArD) at the American University of Beirut (AUB). She was also a visiting professor at Harvard University, MIT, and Georgetown University. She is currently serving as Founding Director for the Palestine Land Studies Center at AUB.

She obtained a Bachelor of Architecture from the Oregon School of Design (1985), a Master of Science in Architecture from MIT (1987), and a Ph.D. in History of Art and Architecture from Harvard University (1992). Al-Harithy’s research focuses on urban heritage and contemporary interventions in historic cities.

She is widely published with over 50 articles, book chapters, and reports in leading journals and refereed books. She is the editor of and contributor to Lessons in Post-War Reconstruction: Case Studies from Lebanon in the Aftermath of the 2006 War (London and New York: Routledge, 2010), Post-war Recovery of Cultural Heritage Sites: Aleppo Taht al Qalaa (Beirut: American University of Beirut, 2019, with Jala Makhzoumi), and a forthcoming book is entitled Urban Recovery: Intersecting Displacement with Reconstruction (Routledge 2021).

She served as a juror in major international competitions, notably as Head of the Holcim Awards jury for Africa Middle East in 2014 and 2017, Chair of the Jeddah Metro Company jury in 2014, and as a member of the master jury for the Aga Khan Award for Architecture during the 2013 cycle. 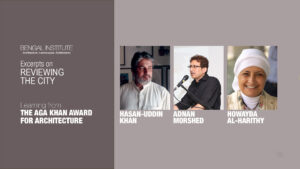 A compilation of excerpts from talks by Hasan-Uddin Khan, Howayda Al-Harithy and Adnan Morshed on the broad theme of reviewing the city, for Bengal Institute's special course on 'Learning from the Aga Khan Award for Architecture'.