The Talk by Balkrishna Doshi at Bengal Architecture Symposium 02

The scope of architecture now encompasses more than just creating buildings. In its extended sense, architecture now involves the design of towns and cities, the rearrangement of landscapes, and the provision of well-being of communities.

The master Indian architect, Balkrishna Doshi opened the lecture by expressing his gratitude and experience of visiting Dhaka. He talked about his experience of travelling all over the city of Dhaka and discovering its various elements. He pointed out the similarities in vitality and energy between India and Bangladesh. Mentioning that he learnt the craft of architecture from Le Corbusier and Louis Kahn, Doshi talked about his journey of revising, pursuing, understanding and analyzing architecture.

Doshi mentioned the similarity between a human life and a river— identity of life can be compared to that of a river’s. Doshi also discussed some of his projects, namely the Indian Institute of Management in Bangalore, Kanoria Center for Arts in Kolkata and Sangath in Ahmedabad. According to him, architecture is the design of a total environment where the whole system becomes a living entity, which must not have a finite line. It should have diverse proportions according to its need. This to him is one of the primary targets of his practice. 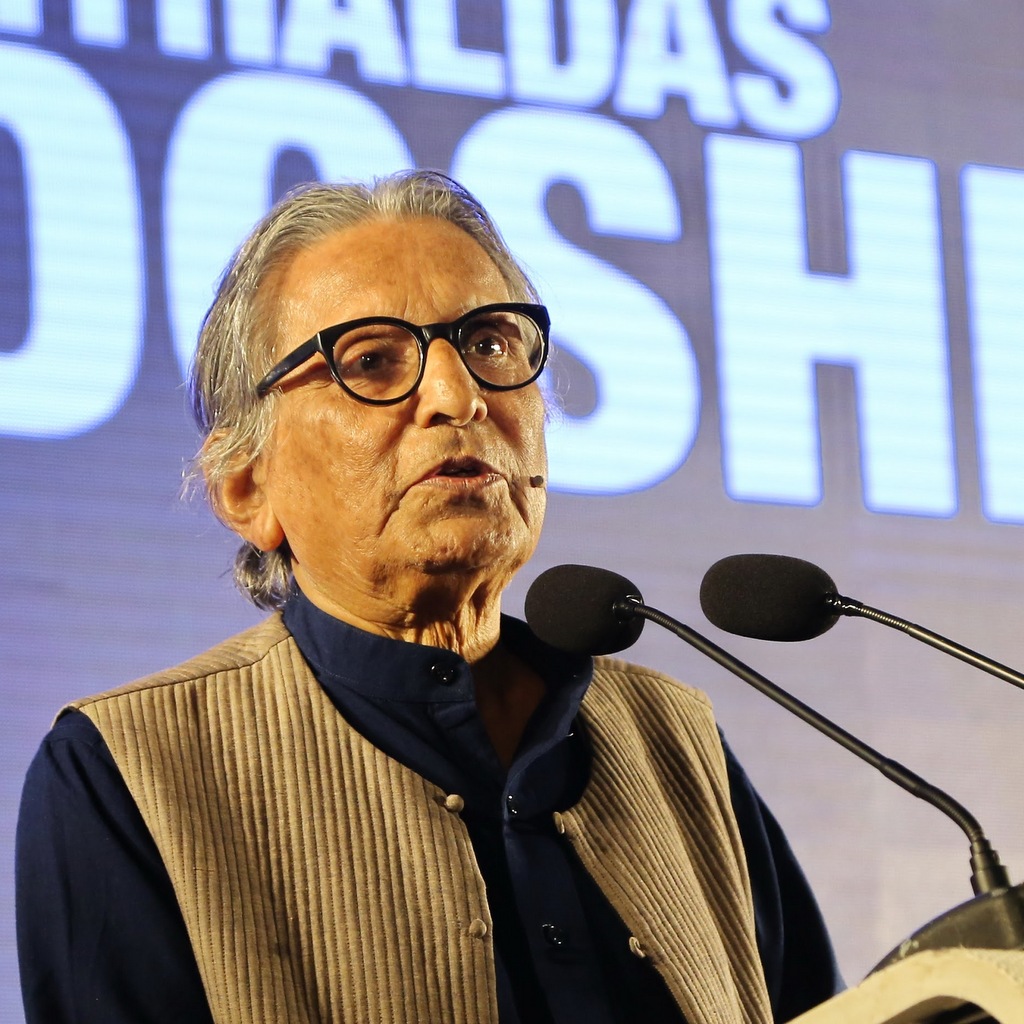