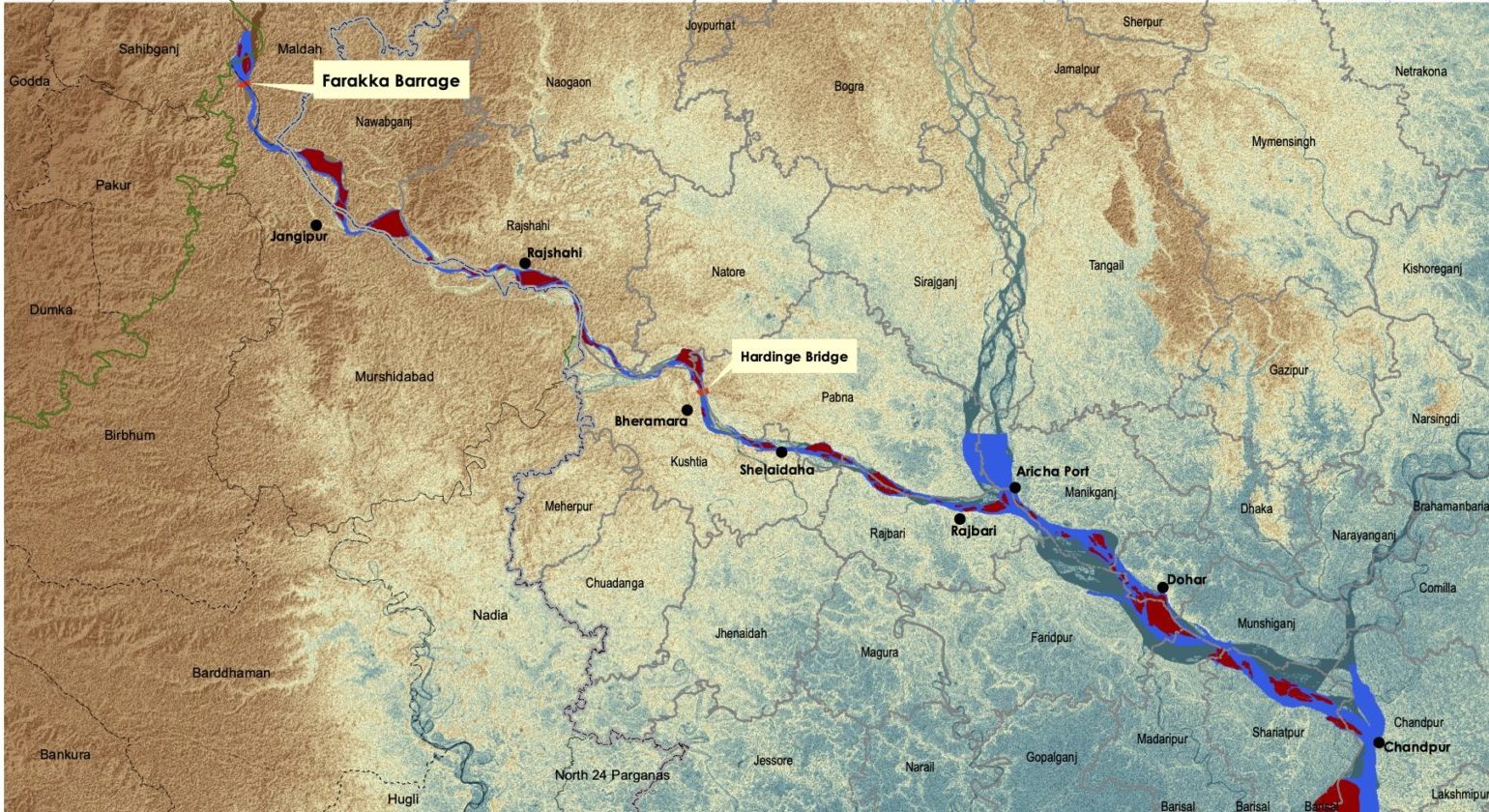 Fluvial Dynamics of the Ganga-Padma

Bengal Institute's investigation on the transformations of the Ganga-Padma river systems over the past 40 years.

Fluvial channel such as river, canal etc. forming and its dynamics over the period of time have been a major interest of study to understand the fluvial system of Bangladesh. This fluvial system has been nourishing the country’s fertile land for decades. Ganga-Padma river system has not also been only a river system, but also has a significant impact on the settlement and livelihood of the inhabitants living inside the country. The specific research deals with the fluvial morphological characteristics of the Ganga-Padma River in northwestern to central Bangladesh from the Farakka Barrage to the Meghna Estuary.  Morphological and morpho-dynamic maps and analysis of the Ganga-Padma River system were prepared using multiple geospatial tools and techniques such as Geographic Information System (GIS) and Remote Sensing.

River course shifting has been illustrated for the year of 1975, 1990, 2005 and 2017. Comes about appeared an exceptional alter in position of bank and channel as well as bars alongside their geometry and morphology over time. Result also illustrates that the bank line is unsteady and relocated ceaselessly towards westbound within the later decades. In expansion, the consider uncovers that generally width of the Padma Waterway is shifted essentially amid the last 40 years.

Different maps and Landsat images collected form the United States Geological Survey (USGS) depict that the river shifting is abnormal which need to be addressed by the policy makers and designers. For future settlement possibilities and food scenario assurance for the people of the country, the natural flow and pattern of the river system should be left as it is. Interventions on the upper stream may have an alarming impact for the downstream inhabitants. This has serious impact on the cross watersheds too. Results of this think about gotten from exploring lackey farther detecting symbolism give important data almost the bank disintegration and channel moving of fluvial morphology of the Ganga-Padma river system and to suggest a few protective measures. 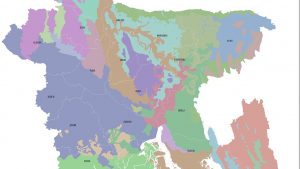