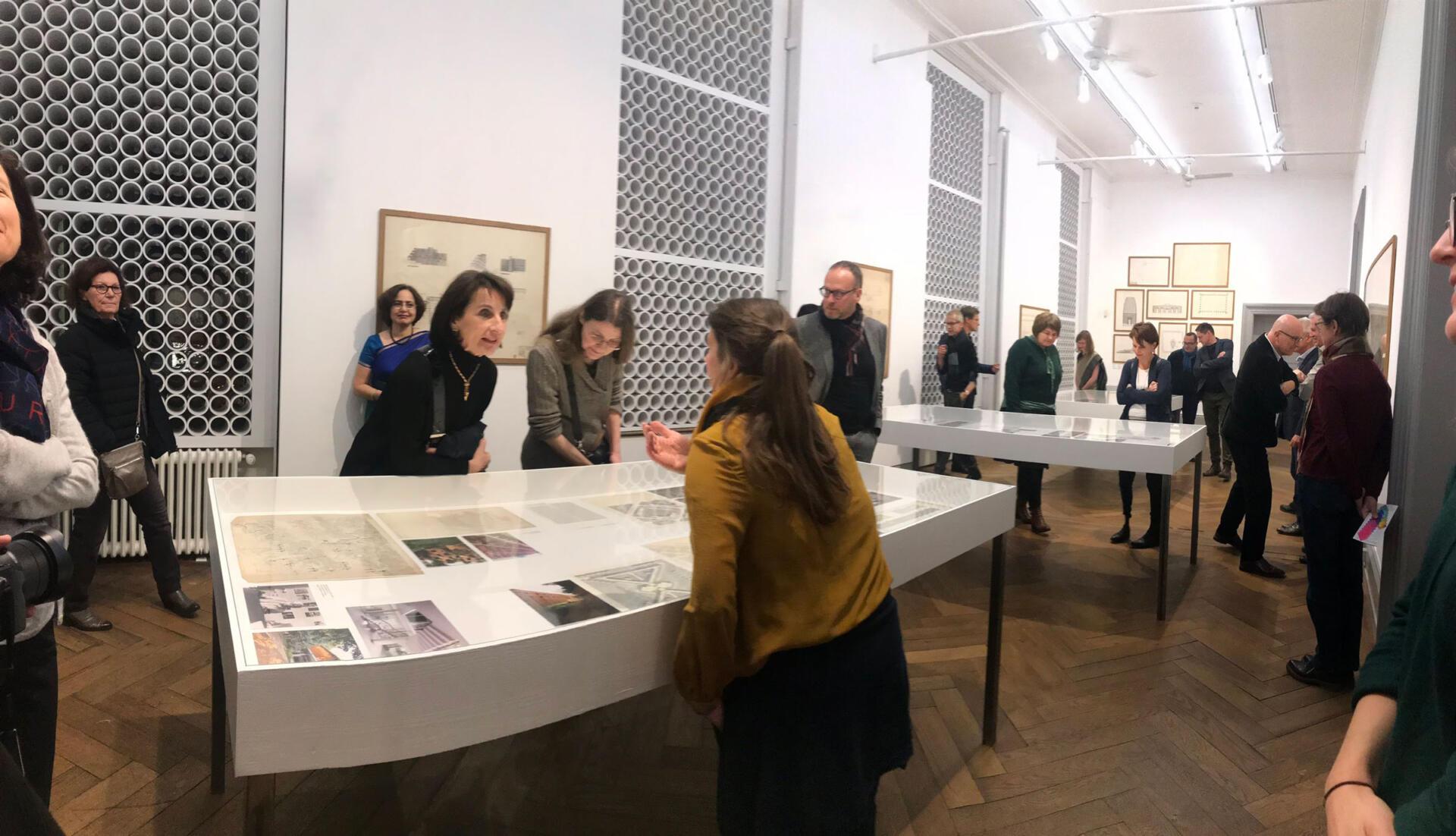 The former Ambassador and Permanent Representative of Bangladesh in Geneva—Shameem Ahsan, writes on his experience and thoughts on "Bengal Stream—the Vibrant Architecture Scene of Bangladesh"—the exhibition.

Vibrancy is an attribute that Bangladesh unwittingly acquired. On the surface, millions of people packed in a small land seem to give a feeling of vibrancy, as if they are always on the move. In reality, they are, as there is not much choice to do otherwise.

Architecture seems to be among the less-known aspects of mundane life, to a layman at least. The word architecture in the prime of my life, flashed in my mind one name ‘Louis Kahn’, nothing much beyond that. Later, when confronted with the choice of a career, I did harbour a dream of becoming an architect. Not all dreams come true and mine also didn’t. Instead, I became, for a while, a physician and soon after somersaulted into an exalted career—became a diplomat. My layman’s understanding, therefore, remains that creating something with a lot of measurement—must be at the base of architecture. When an architect’s accomplishment transcends measurement into the aesthetic, he is no more dealing with measurement, for there is hardly anything measurable about beauty. But for a country like Bangladesh, as I said, teeming millions packed into a small land—isn’t the notion of space an automatic issue of concern? I think so. Bangladesh’s architecture perhaps has to deal with space alongside the extraordinary nature of the country. In June last year, I was invited to ‘Bengal stream the Vibrant Architecture Scene of Bangladesh’—an exhibition on Bangladesh architecture hosted at the Swiss Architecture Museum (S AM, Basel). A stimulating discussion followed my visit from Andreas Ruby, Director of the Museum, and Niklaus Graber, Curator of the exhibition as well as a number of local architects and enthusiasts.

Niklaus Graber, an accomplished architect himself, thought architects in the West concern themselves too much with modern architecture and are increasingly detached from local roots. Thus, he embarked on the unusual idea of looking at a ‘faraway place’—Bangladesh—to learn. Through his many visits to Bangladesh since 2012, he found that architects in Bangladesh are involved with key sociopolitical themes of their society—population density, climate change, water management, migration—themes that are at the same time global in nature. They are intimately connected with evolution across these themes while working on problems concerning all social strata. In effect, local action aligned with the country’s history and geography, in particular, the actively changing deltaic landscape, is able to provide participation in response to urgent societal, economic and ecological issues. To Niklaus and Andreas, the architectural argument in Bangladesh explores cultural identity, adopts inventive spatial approaches, and innovative, detailed solutions beyond western standards.

In 2016, following a conversation, both were inspired to curate an exhibition of Bangladeshi architecture in S AM, which became the first museum worldwide to do so. That is how “Bengal Stream—the Vibrant Architecture Scene of Bangladesh“ was conceived with a view to ‘start a process of adjusting long-held views and design practices in the West’ with a peek at the architecture scene of Bangladesh. About 38 architects/architecture firms and their work featured in the exhibition at the S AM that opened in December 2017 and, by popular demand, was extended till 26 June 2018. Besides the exhibition, the other attraction was a catalog of mammoth proportion brought out with the same name as the exhibition. This voluminous tome, rich with high-quality illustrations of seminal work from over sixty projects by established as well as emerging architects, captures the vibrant architecture movement. It traces the evolution from the days of Muzharul Islam, the beacon of Bangladesh architecture, and is, without doubt, an excellent projection of Bangladesh’s multi-faceted story of ingenuity, imagination, and innovation—all devoted to finding solutions to our developmental challenges. 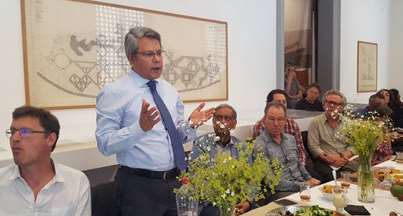 The discussion in S AM that day evoked in my mind another ubiquitous image of Bangladesh—that of water, or, shall I say—the land of water. A riverine country, Bangladesh is crisscrossed by innumerable rivers. When I first learned the French word ‘rive’, apparently, it was what bounds a river or a watercourse. So, simply, the riverbank is called rive. But Bengal stream seemed much more than the physical fluidity that was somehow captured in this exhibition. When something flows, like a stream, it naturally represents the physical link between the source and a possible destination So, I presume, in Bangladesh architecture, the traditional would somehow flow into the but to modern, without the former getting entirely lost in the latter.

In my uneducated view, this is perhaps the case. The past, a particularly rich one, if relics like the Paharpur Buddhist Vihara is considered, will link effortlessly to the future, which one would like to discover. And for a Bangladeshi diplomat, with an obvious link to the present, there can be no doubt in his deep interest that should lie in the future, however daunting it may be. Born out of a long political struggle for socio-economic emancipation, Bangladesh has already carved a niche for herself in the comity of nations. It is a development enigma, in a socio-economic onward march, leading and learning, with indicators that are the best in a low-income setting. She regularly falls victim to man-made and natural disasters, yet, springs back on her feet, not only to survive to excel in more ways than one. When she was poised to take a well-coordinated stride at the Sustainable Development Goals after doing marvellously well in the Millennium Development Goals, the Rohingya crisis struck with disastrous implications. In a queer way, space or the lack of it is a visible aspect of this colossal catastrophe.

The exhibition is a commendable initiative projecting Bangladesh’s emerging soft power, its talent in conceptualising innovative solutions for its existential challenges with an eye on its natural setting, resource endowments, and future needs. The architects of Bangladesh and the Bengal Institute of Architecture, Landscapes and Settlements, who substantially teamed up with S AM in the project, have undertaken a path-breaking initiative for the future with which Bangladeshi architecture seems to have gone global. It is my hope that architecture in Bangladesh will deliver innovative solutions to some of the socio-economic problems that affect us today. Finally, nothing can thrive if dissociated from its environment. I believe, Bangladesh architecture, as a product of its history, culture, and environment will, in turn, exert significant influence on its march to the future.