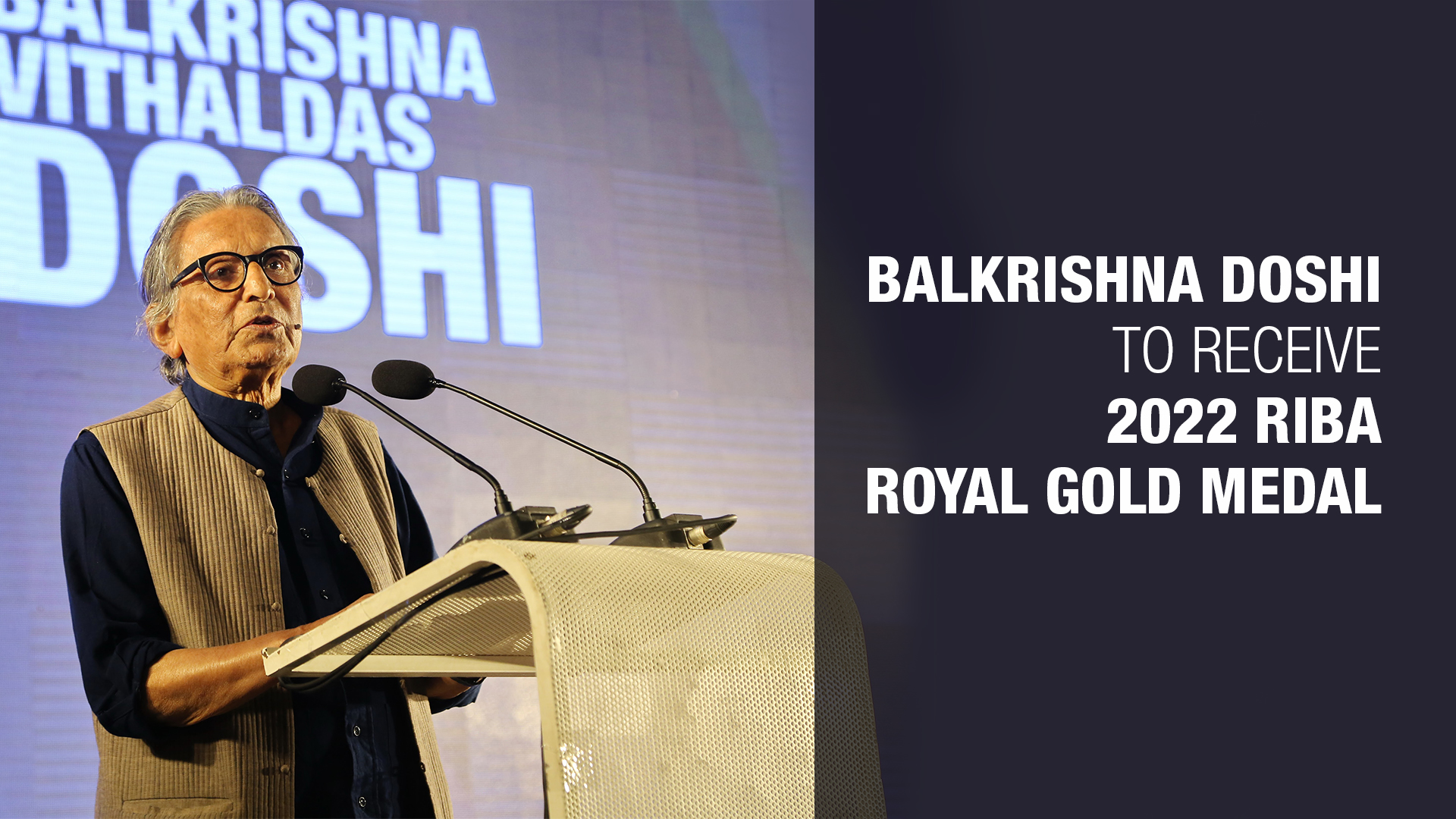 Bengal Institute congratulates renowned Indian architect Balkrishna Doshi on being the recipient of the prestigious 2022 Royal Gold Medal for Architecture, from the Royal Institute of British Architects (RIBA). One of the highest honors given to any architect, the award is personally approved by the Queen of England, and awarded by RIBA to those who have shaped “the advancement of architecture”. With a career spanning seven decades, Doshi’s works and teachings have been instrumental and key influences in shaping the direction of modern architecture combining the vernacular, in India and beyond. Prof. Doshi is an esteemed member of the advisory of Bengal Institute for Architecture, Landscapes and Settlements.

After graduating from the J.J School of Architecture, Balkrishna Doshi worked with Le Corbusier in Paris as a senior designer,from 1951 to 1954. He then worked with Louis Kahn as an associate during the construction of the Indian Institute of Management in Ahmedabad, and they continued their collaboration for a decade afterwards. Doshi founded his studio, Vastu Shilpa Consultants, in Ahmedabad in 1955, a multidisciplinary practice that operates on values such as dialogue and pro-active participation. He is globally recognised for his urban planning strategies and social housing projects, and has been a visiting professor at various universities worldwide. In 2018, he became the first Indian architect to win the Pritzker Architecture Prize.

Some of his notable projects include the CEPT University, which he both designed and founded in 1966, the cave-like Amdavad ni Gufa art gallery completed in 1994, and Aranya Low Cost Housing complex in Indore, which won the Aga Khan Award for Architecture in 1995.