Bengal Institute on The Daily Star's Supplement "Rethinking urban spaces: Dhaka and beyond"

Bangladesh's most celebrated English daily The Daily Star published three articles that were contributed by Bengal Institute in their supplement "Rethinking urban spaces: Dhaka and beyond" to be published on print on February 24th 2018

The issue, titled Rethinking Urban Spaces: Dhaka and Beyond, is the fourth installment of The Daily Star‘s 216-page special supplement series on the occasion of The Daily Star‘s 27th anniversary. Three articles have been published that were contributed by Bengal Institute for Architecture, Landscapes and Settlements. Here are the links to the digital copies of those:

Ideas, drawings and visuals for the feature were produced by the research and design team at the Bengal Institute for Architecture, Landscapes and Settlements. In order to support planning initiatives in the country and help imagine the future landscape, Bengal Institute conducts studies at regional and urban scales with multidisciplinary teams of national and international experts.

Tomorrow’s Bangladesh is already here. Achievements and progress in all fields—from manufacturing to cricket, and from architectural excellence to social indicators—open up new prospects and promises for Bangladesh. PricewaterhouseCoopers, in its global economic projection for 2050, estimates that Bangladesh can potentially become the world’s 28th largest economy by 2030, surpassing countries like Australia, Spain, South Africa, and Malaysia in economic growth….. Continue Reading on The Daily Star online. 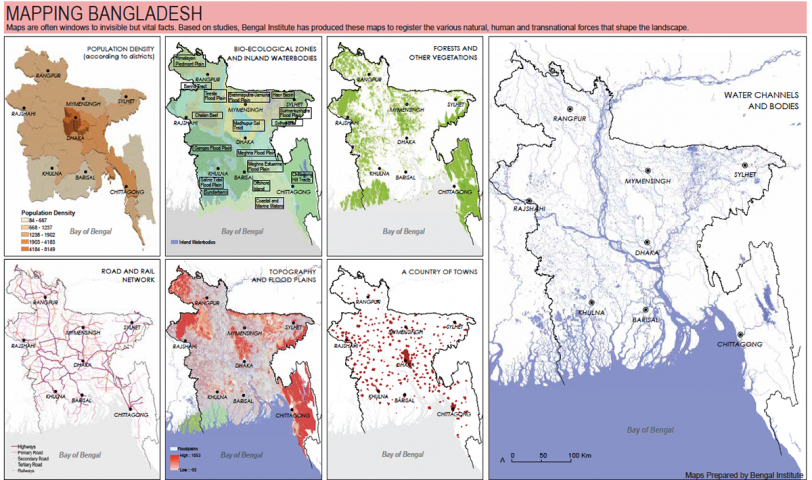 Dhaka Nexus – A Networks of Towns

Dhaka is “growing” in its own happy rhythm, spurred on every now and then by fragmentary planning initiatives. This “growth” is neither relieving pressures at the centres nor creating a decent urban development for the city and its regions. We propose a “Dhaka Nexus” linking the core city with a greater region….. Continue reading on The Daily Star online 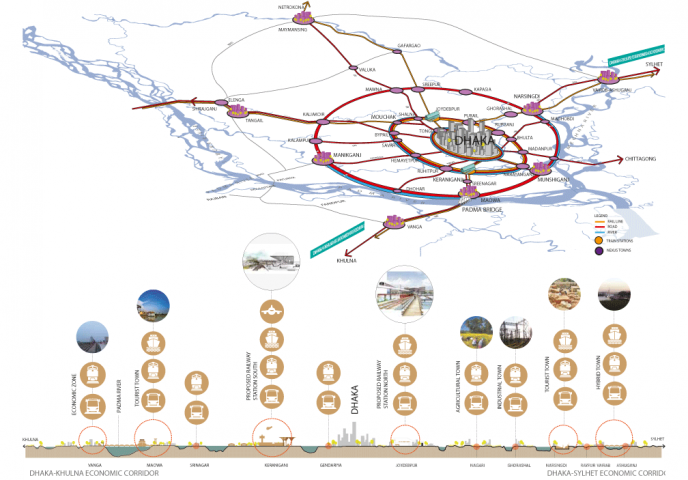 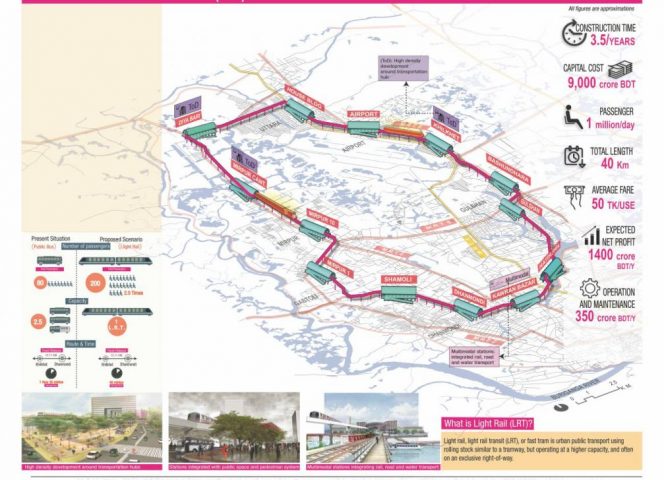 In this city with 15 million people, movement of the private cars always gets priority in planning and development. Government has realised that only increasing roads cannot pull this city out of the current transportation crisis. In response, constructions of MRT 6 and BRT 3 have already started with some others in the pipeline….. Continue reading on The Daily Star online.