At a seminar for Bengal Institute's "Space is Society" academic session, Khushi Kabir outlines how gender dictates spaces quite prevalently in our society.

Space often does not mean a physical space but can translate to an idea. Space comprises of various aspects, the emotional, personal, ideological, communal, cultural and it can be both individual or collective. It can be much more than all these aspects stated. In this regard, women face a limitation of space across the entire spectrum of the population, unlike men. The space for the ability to think is also controlled. Some girls may have space which allows them to dream of having a profession like an architect/engineer. But some girls may not have the space required to have dreams like that. And spaces like these change, especially after marriage. In schools, there is no real opportunity to truly think of. In schools (most of which don’t have playgrounds) the playgrounds are reserved for boys and not for girls. When one goes out to enjoy themselves, their roles out into the public spaces are set according to gender. For instance, public toilets for women in Dhaka have doors facing the street, which is why women today still feel uncomfortable about going to the toilet in public. A lot of people wonder, why haven’t they located the doors around the building so that they’re no longer facing the street? One will find that confining one’s space is a very effective way of suppressing one’s thoughts. 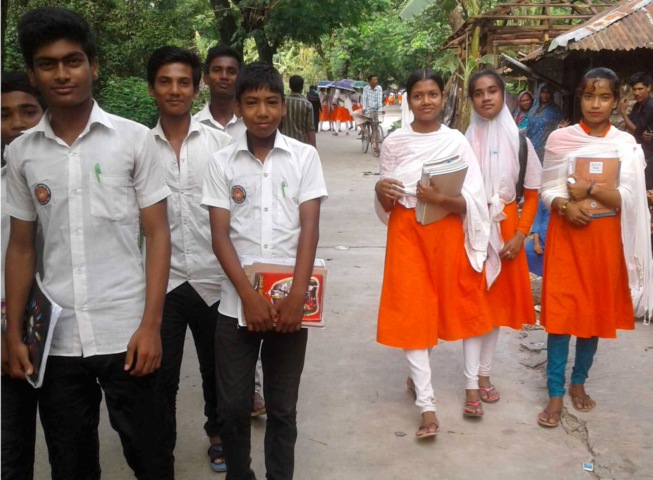 In the garments industry, the number of women has decreased. The manufacturing of clothing industry is now being dictated by knitwear, where the machines are more sophisticated and the owners don’t train the existing women workers to operate them and instead replace them with men who have to trained anyway. As a result, only the low paid jobs are reserved for women. For an indigenous woman, there are even fewer opportunities than an indigenous man. There are hierarchies even among domestic workers. This is what intersectionality is. We have to tackle this issue when talking about democratic space – not just political or voting space. Even our individual ability to speak out can be considered as a democratic space. To reclaim that, we must talk about intersectionality. As in most cases when the issue of women’s rights in communities of indigenous people and people of the religious minority, they always assert that their right as individuals must be granted, before they can pursue the issue of women’s rights. However, they never seem to come around to women’s rights when they actually get their individual rights. 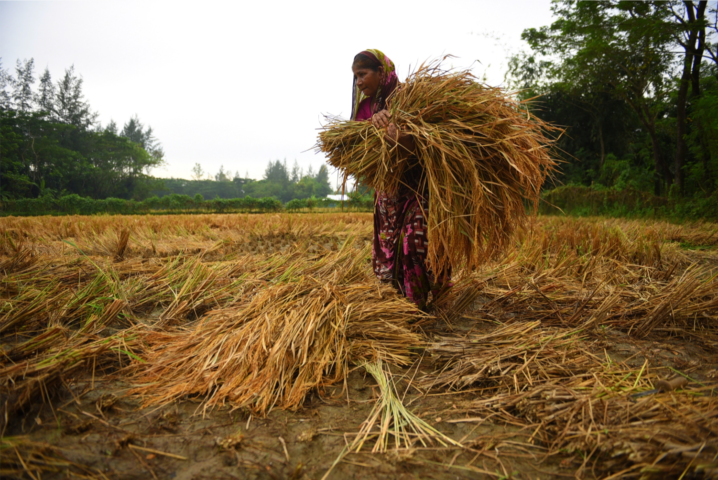 One of the biggest tools of patriarchy is religion. “I have yet to see a religion free from patriarchy; it is structured that way. Believers must start looking into their religion and see if it gives them the freedom to say what they want to.” says Khushi Kabir. “The number of non-muslims has gone down staggeringly since independence. Why is the number of Muslims rising to the point where others feel marginalised? As someone who works with all sections of the population in a Muslim majority country, she believes it is time we look at structured religious forms and if we want to find our own space in our religion. If there weren’t so many different perceptions, we wouldn’t have different sects in each religion. Religion is the biggest tool for patriarchy for keeping women down. Many women who studied theology have come up their own perceptions. Those who want to find their own interpretations, they do end up finding them. For some, patriarchy is so much embedded in them, even their rationale has patriarchy.”

Khushi Kabir has been working in the most remote areas of rural Bangladesh, especially in chars, to empower the local communities. Khushi Kabir outlined a few of her organisation’s projects that are geared towards educating the communities about their rights and how to attain them. A huge portion of the work involves educating the women in the communities on how to assert their rights as they are usually the most marginalised. Through these initiatives, Kabir continues to make changes and create awareness among young women, and young men too.