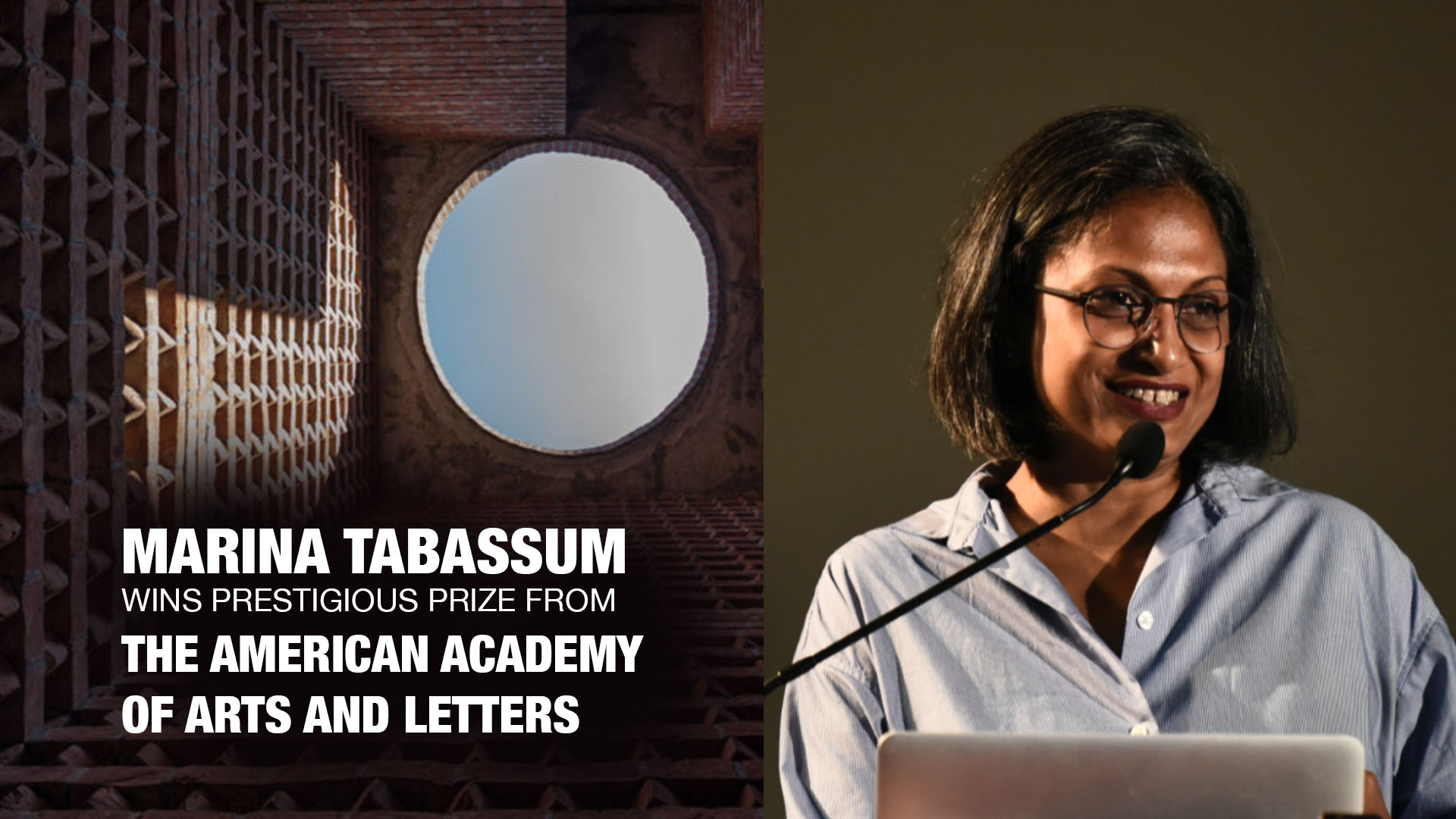 Marina Tabassum, Director-Academic of Bengal Institute for Architecture, Landscapes and Settlements has been awarded the prestigious Arnold W. Brunner Memorial Prize by the American Academy of Arts and Letters.

The American Academy of Arts and Letters’ annual architecture awards program began in 1955 with the inauguration of the Arnold W. Brunner Memorial Prize and has since expanded to include four Arts and Letters Awards. This year’s winners were chosen from a group of 32 individuals and practices nominated by the members of the Academy. The jurors were Annabelle Selldorf (chair), Kenneth Frampton, Steven Holl, Thom Mayne, Richard Meier, Toshiko Mori, Robert A. M. Stern, Billie Tsien, and Tod Williams.

Since 1955, the Academy has given the Arnold W. Brunner Memorial Prize, an annual prize, now $20,000, to an architect of any nationality who has made a significant contribution to architecture as an art. The prize was established through a bequest from Emma Beatrice Brunner, widow of Academy member Arnold W. Brunner (1857-1925).