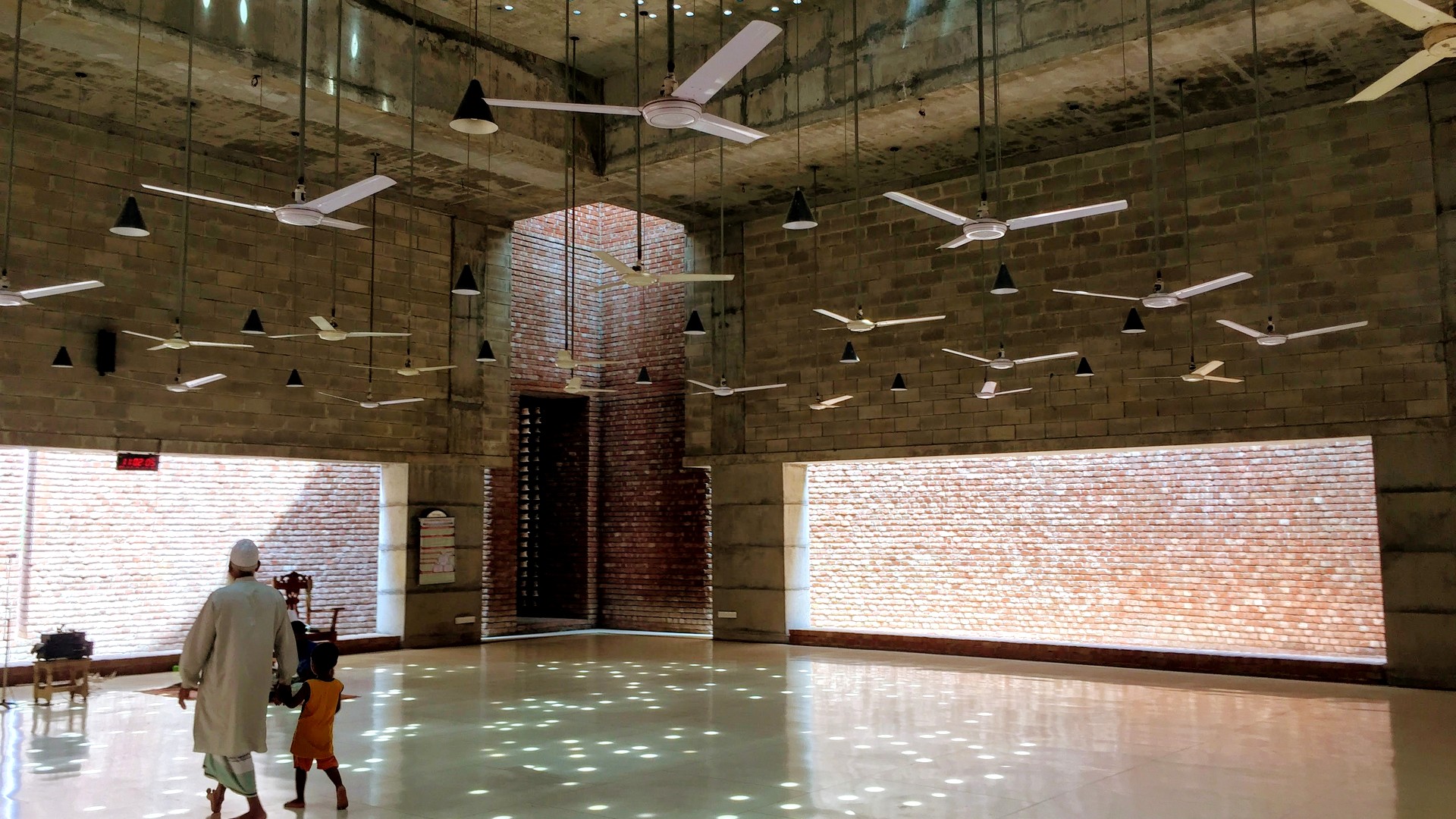 The V&A has announced the shortlist for Jameel Prize 5, the international prize for contemporary artists and designers inspired by Islamic tradition and Marina Tabassum, the Director of Academic Program at Bengal Institute is in the short list! Eight finalists have been shortlisted for the £25,000 prize, which is awarded every two years. They are: Kamrooz Aram, Hayv Kahraman, Hala Kaiksow, Mehdi Moutashar, naqsh collective, Younes Rahmoun, Wardha Shabbir and Marina Tabassum.

The Jameel Prize was founded in partnership with Art Jameel, and the first award was made in 2009. The Prize returns to the V&A on 27 June 2018 when the winner of the fifth edition will be announced. The accompanying exhibition, showcasing the work of the eight shortlisted artists and designers, will run from 28 June until 25 November 2018.

The shortlist is diverse and for the first time features an architect. Other practices represented include painting and fashion design while sources of inspiration range from embroidered shawls to Arabic calligraphy. Multi-media installations evoke the symbolism of light and challenge Western approaches to art history. This great variety reflects the richness of Islamic tradition as a source for contemporary creativity. It shows, too, how clearly the Islamic past can be relevant to our own times.

A panel of judges, chaired by V&A Director, Tristram Hunt, selected the shortlist. He said: “The Jameel Prize continues to gain momentum. This – the fifth edition of the Prize – has attracted nearly 400 nominations from around the world, and for the first time, the shortlist features work from Bangladesh, Bahrain and Jordan. This year’s outstanding shortlist displays real diversity; the judges found beauty, spirituality, complexity, humour and humanity. The V&A is delighted to continue its partnership with Art Jameel in recognition of the extraordinary contemporary artists and designers inspired by Islamic tradition.”

One of the judges Salah Hassan, Professor and Director, Institute for Comparative Modernities at Cornell University, New York commented: “The shortlisted artists for Jameel Prize 5 represent an array of amazing talents, who are engaged in diverse practices in art and design, that are conceptually-oriented and in sync with latest discourse of contemporary art, yet rooted in discrete ways to their own cultures and multiple identities. Jameel Prize 5 expands our horizons of what modernity and contemporaneity truly mean, and enriches our understanding of a truly globalised art world beyond its current confines”.
The judging panel also includes the independent design historian Tanya Harrod; November Paynter who is Director of Programs at the Museum of Contemporary Art in Toronto; and the artist Ghulam Mohammad, who was winner of Jameel Prize 4.

About Marina Tabassum they wrote:

Marina Tabassum is the first architect to be shortlisted for the Jameel Prize. She is the founder of Marina Tabassum Architects, a practice based in Dhaka, Bangladesh, that focuses on architecture that is global yet rooted in its locality. Her entry for the Prize is the Bait ur Rouf mosque in Dhaka, built in 2012 in a densely inhabited part of the city. Its design was inspired by the mosques built in Bengal in the Sultanate period (13th to 16th centuries), but this historical form is given a thoroughly contemporary expression. Bait ur Rouf also celebrates local materials and building techniques, and local customs and climatic conditions. The prayer
hall is essentially a pavilion on eight columns, contained by walls of porous brick and with light streaming in through skylights, introducing a sense of spirituality and allowing the space to remain lit during daylight hours. Tabassum was born in Dhaka, Bangladesh where she still lives and works.