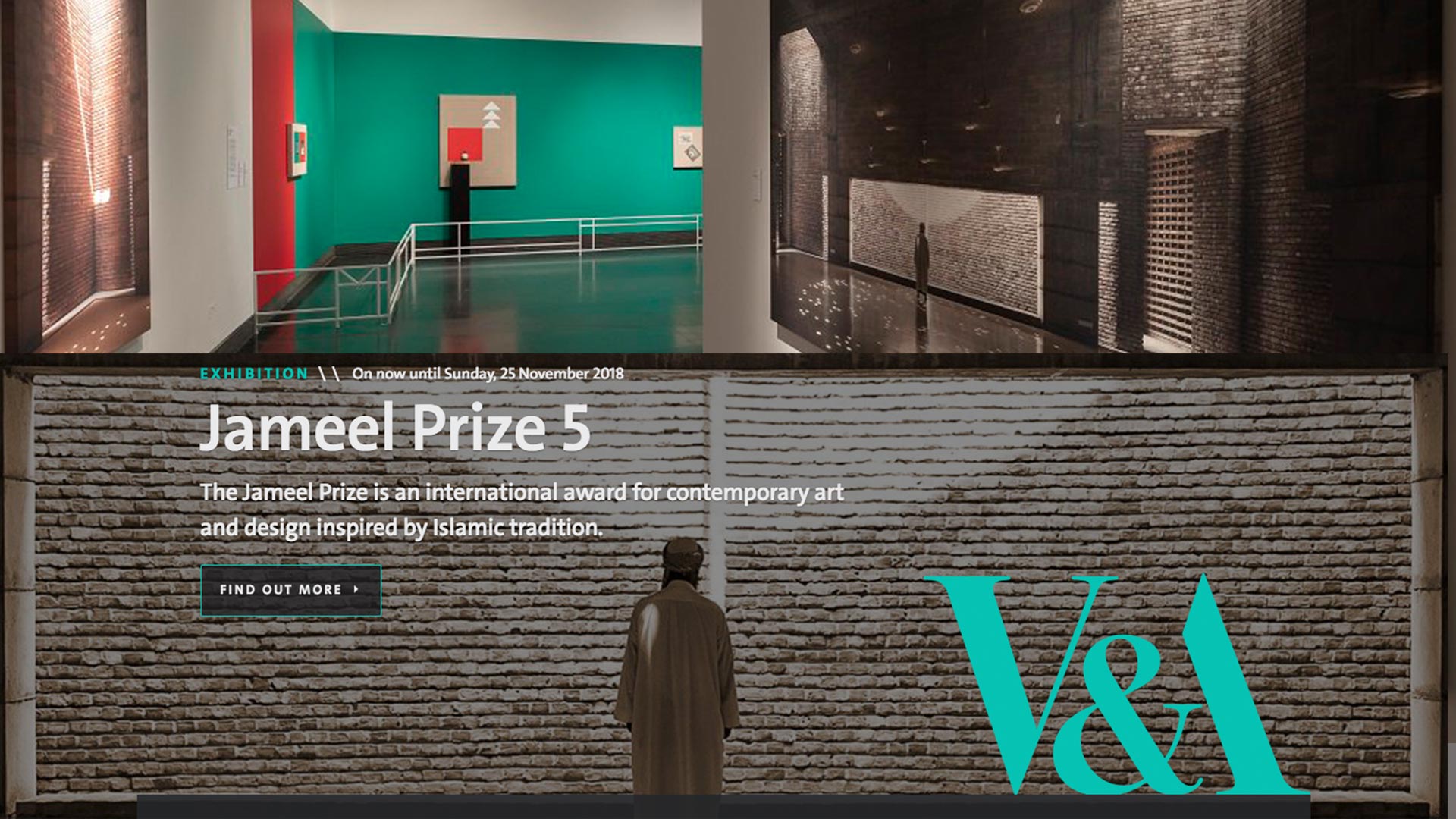 The artist Mehdi Moutashar (b.1943, Hilla, Iraq) and the architect Marina Tabassum (b. 1969 in Dhaka, Bangladesh, Director of Academic Programs of Bengal Institute) have been announced as joint winners of the £25,000 Jameel Prize 5. This is the first time the prize has been awarded to two finalists. Fady Jameel, President of Art Jameel, presented Mehdi and Marina with the prize at an evening ceremony at the Victoria and Albert Museum on Wednesday 27 June.

Mehdi received the award for his four bold works of minimalist abstraction rooted in Islamic geometry, and Marina for her visionary Bait ur Rouf mosque built in 2012 in Dhaka, Bangladesh. Both winners’ achievement has been to produce work of outstanding quality and contemporary relevance while demonstrating a profound understanding of the cultures from which they come. The judges felt that although working in very different fields, the joint winners had both shown the same combination of lucidity and sophistication in drawing on Islamic tradition.

Tristram Hunt, Director of the V&A and chair of judging panel, said: “This edition, selecting one winner proved extremely difficult, due to the very high standard of work in the exhibition. The joint Jameel Prize 5 winners are both in dialogue with contemporary global discourses on art and have produced exemplary work in two very different disciplines. They show an awareness of modernist practices of the 20th century, which have in turn drawn on traditions from around the world. At the same time, though, they are passionately rooted in and deeply learned about their own cultural legacies.” 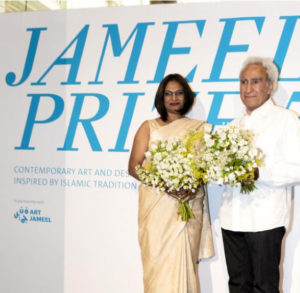 Marina Tabassum’s Bait ur Rouf mosque draws on medieval Islamic architecture and celebrates the building traditions of Bengal. The mosque is a wonder in its play with geometry, abstraction, light, air and water, making it both an animated and contemplative space. Its functions answer the needs of the local community, and it is a composition of local materials and contemporary techniques, responsive to both its environment and to history. The building positions Marina as a contemporary architect of great insight and imagination.”

An exhibition of work by the winner and six other short-listed artists and designers runs until 25 November 2018 at the V&A. They are Kamrooz Aram, Hayv Kahraman, Hala Kaiksow, naqsh collective, Younes Rahmoun and Wardha Shabbir.

Awarded every two years, the Jameel Prize, founded in partnership with Art Jameel, is a £25,000 international art prize for contemporary artists and designers inspired by Islamic tradition.

The winner was decided by a panel of judges chaired by Tristram Hunt, Director of the V&A. The judges are Salah Hassan, Professor and Director, Institute for Comparative Modernities at Cornell University, New York; design historian Tanya Harrod; November Paynter who is Director of Programs at the Museum of Contemporary Art in Toronto; and the artist Ghulam Mohammad, who was winner of Jameel Prize 4.

The Jameel Prize 5 exhibition is curated by Tim Stanley, senior curator of the V&A’s great historical collection from the Islamic Middle East, with Salma Tuqan, the V&A’s curator of contemporary art and design from the region.

Photos from the exhibition:

Short link to this page for easy sharing: http://bit.ly/MTAJameel