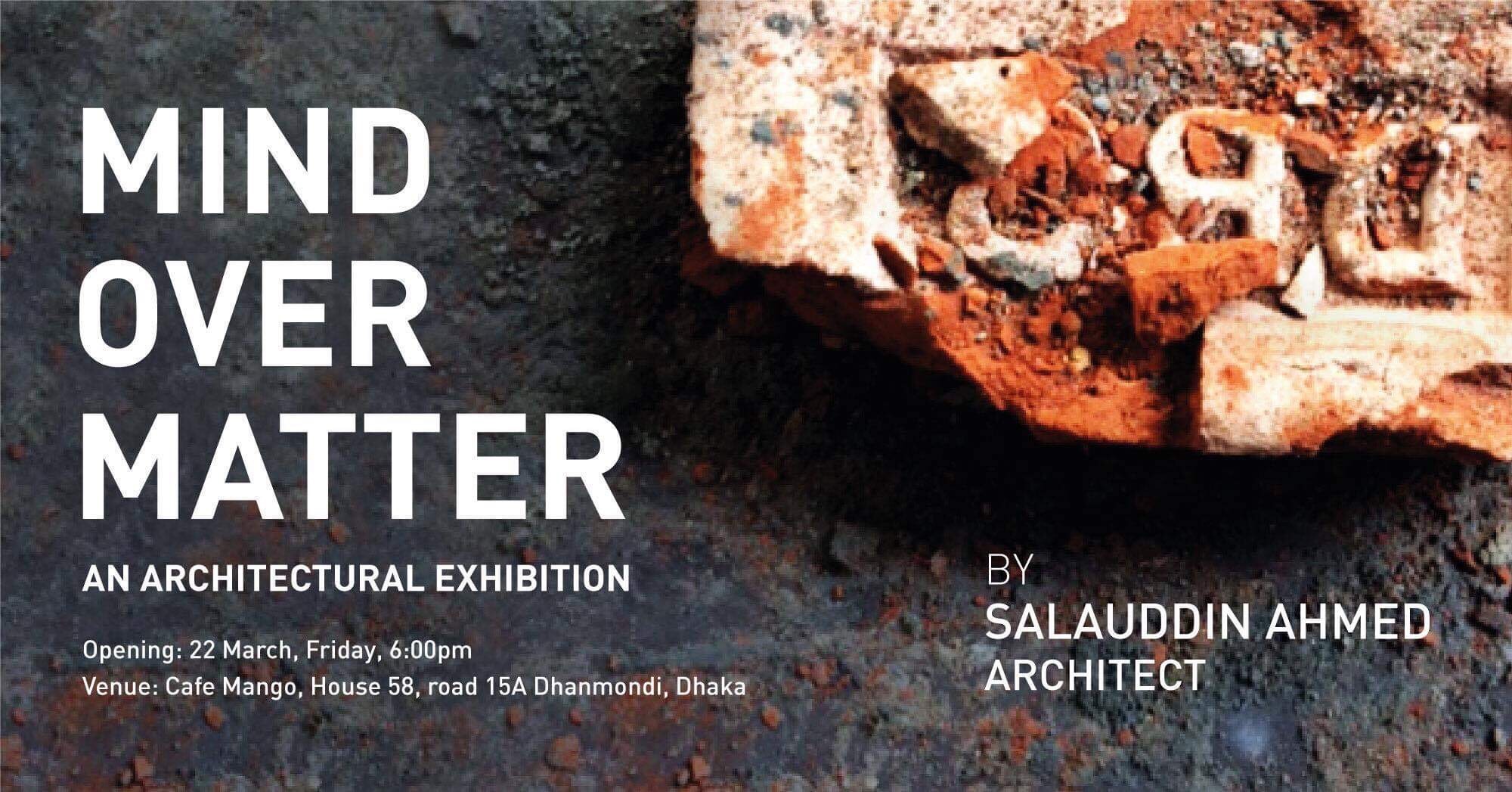 Mind Over Matter: An Architectural Exhibition by Salauddin Ahmed

In the words of Salauddin Ahmed,  Architect and Proprietor of Café Mango:

“This exhibition is in line with the process in which an architectural project connects its end with its beginning.
This presentation is also an attempt to share those guiding lines that the architect was guided by to understand the given. Together they open up rooms for discussions or perhaps interpretations.

Architecture through its juxtaposition in the given context shares its intended emotions with its users. Success of this sharing lies on the perception of the architect, whom at times gets labeled as the designer. How spaces connect or disconnect with each other, are perhaps the careful balance between the energies that a space beholds and the users, who assimilate those energies and feel a part.

There might not be any gravely mistakes in letting a space speak of its mind, as long as it does not get push off from its intended path. It is also true to say that the breadth of architecture goes beyond its given boundaries. It often connects with the known and the unknown, between the tangibles and the intangibles.

Architecture oscillates between time and memory. It remains as a witness for the future and speaks of its maker with grace, with flair, and of course at times with anger. Very often, architecture is never the given, rather the discoveries of the given. Perhaps the best possible saying on this is by architect Louis I. Kahn, one of the most thoughtful architect of the 20th century.

My approach to architecture and its given possibilities, whole heartedly believes in what Louis I. Kahn prophetically expressed. Certain fundamental truths have always been my guiding paths to see and to understand.

Café Mango,  this tiny space, is an excuse on my part to express the way in which I feel of the given universe around me.  The language through which I have narrated the story of its becoming is all too personal and my sharing of that is perhaps transparent enough.  What was needed to be straight, I have kept it straight and what required light, I have allowed that to happen.

My selections of materials are only too common and happen to be at times.
No unnecessary twists and turns to gain attention from its users.
You can say, my ability as simple man has been tested in full scale.
Along the way, it has left clues of its becoming. Without challenging the users, each of its spaces offer open slates for one to draw his or her own imaginative drawings.

I, as the architect, have maintained a careful distance and allowed the users to be alone and feel purposefully close to themselves of their own time at Café Mango.”

Mind Over Matter, an architectural exhibition by Salauddin Ahmed, Architect and Design Critic