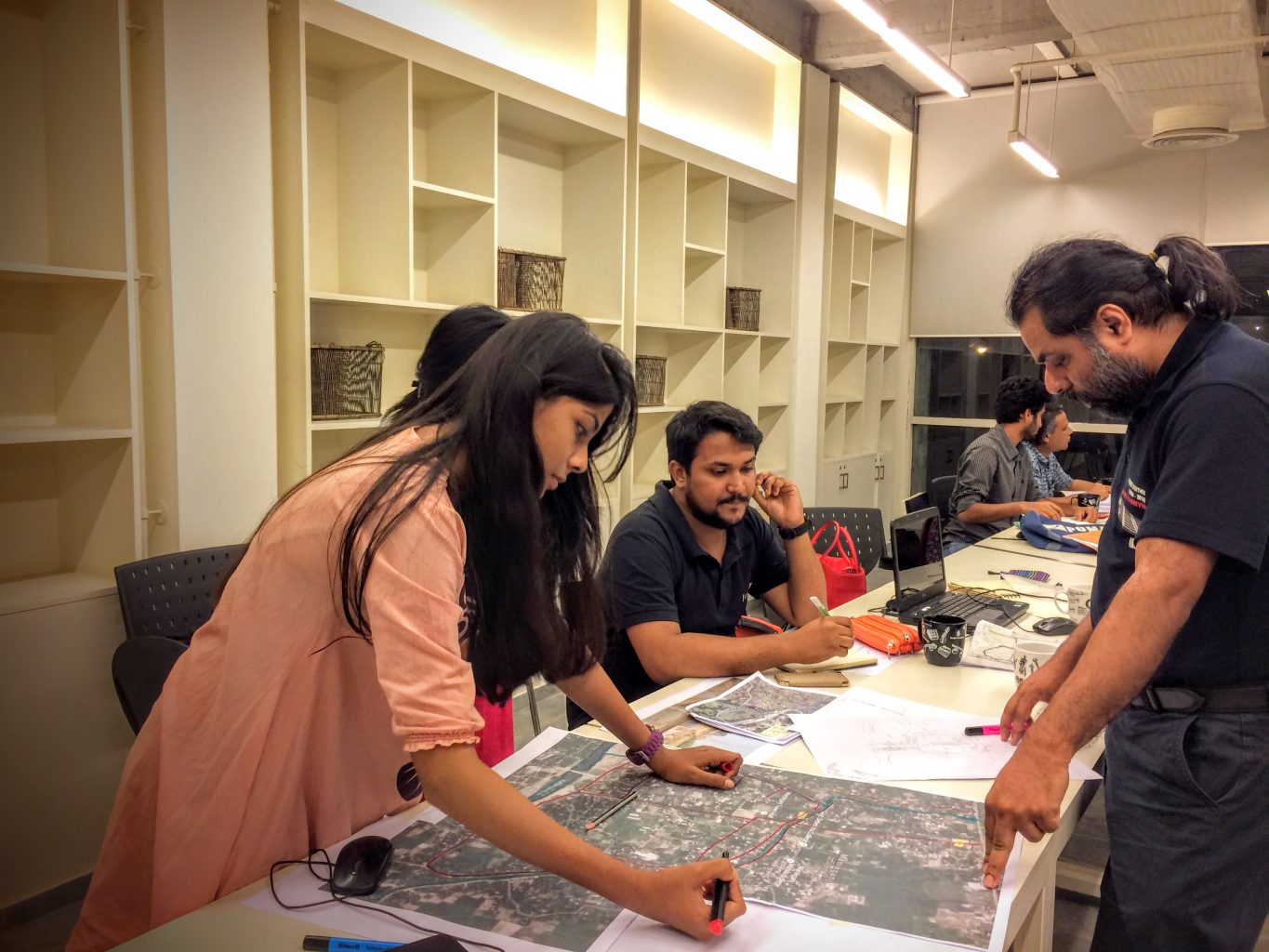 A workshop on urban design of small towns was conducted by Peter Buchanan and Saif Ul Haque. To understand the parameters of a small town, several lectures, a trip to Manikganj and studio work were organised.

A workshop on urban design of small towns was conducted by Peter Buchanan and Saif Ul Haque. To understand the parameters of a small town, several lectures, a trip to Manikganj and studio work were organized. It was mentioned during the lectures that urban design and architecture vary in several ways. The turning point for urban design, in Peter Buchanan’s opinion, was in 1950s at Harvard University and it was focused on the urban centre of the city.

Buchanan carried on the discussion around several ideas. Architecture, landscape design and urban design are seen as three separate elements and sustainability is where all three integrate. Sustainability is a happy city and happy citizens. So quality of life must be improved for Dhaka to recover from its current situation. Dhaka’s neighbouring cities may hold the key to achieve this. A town can take off by intensifying what it already has; or through the injection of proper schemes. Urban designers must understand the movement, structure, land use and how to merge these aspects. He finds that confrontation and grittiness are important qualities and must be used in the face of convenience, which has many downsides.

Urban design should not just be about creating framework which will guide the development of a city, over a long time but also about how it makes the city fully humane. One downside of the modern movement was that it reinforced the idea of looking at functions of a space in a mechanistic way. Cities should not be just functional spaces, but it should also help one become who they could be. The key idea behind sustainability is not just about energy efficiency, it is also about how well one connects with those around them. An urban designer should think like a doctor; think of a city to be as complex a system as the human body. Architecture should be about how to make good cities, not just about how to make good buildings. The skill of an urban designer is to shape a public realm that provides spaces for various different activities. Good cities must have a memorable configuration, a strong image quality in terms of movement system.