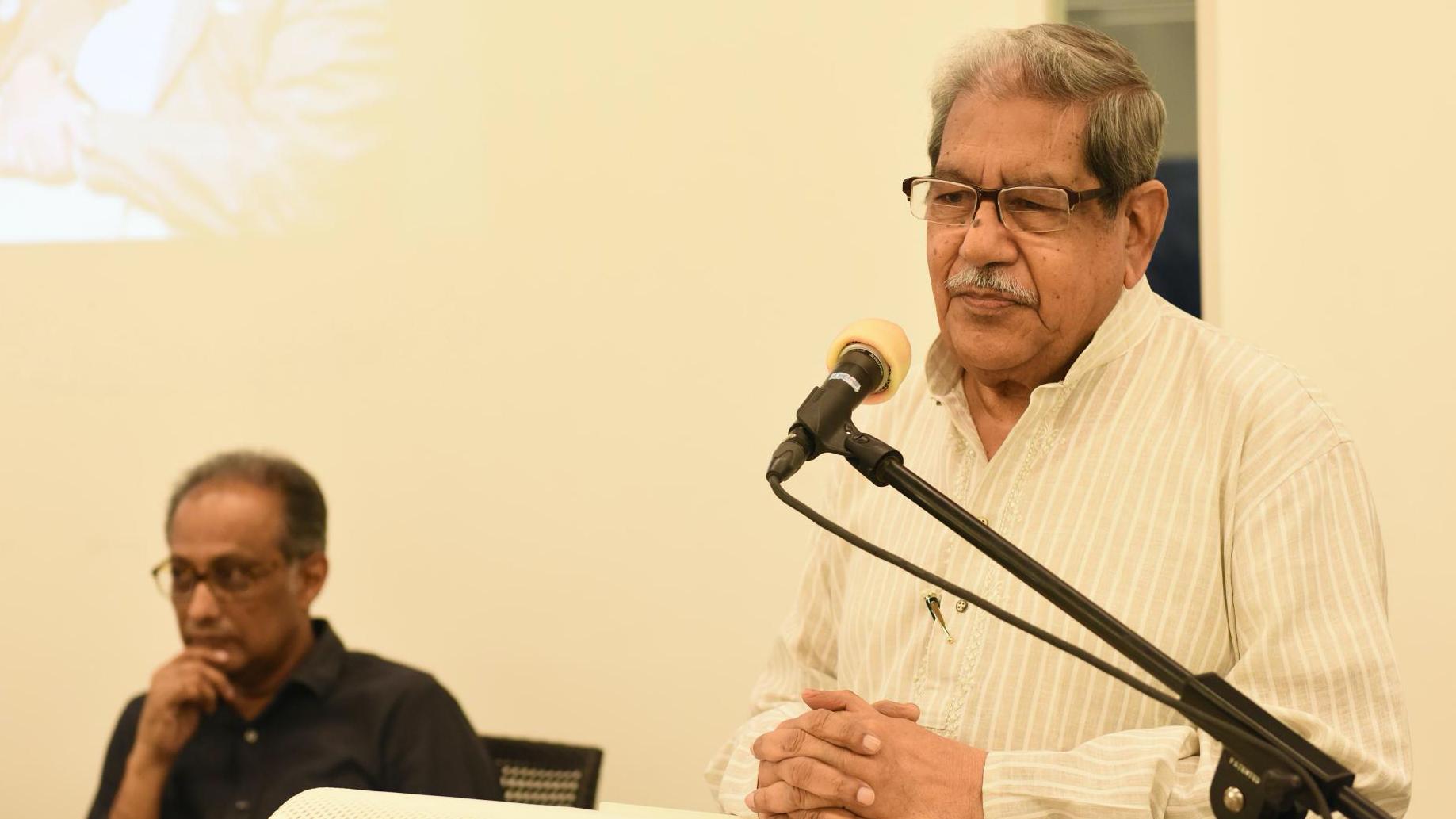 Professor Anisuzzaman passed away on 14th May from various health complications leaving a big void in the cultural realm of Bangladesh. With his passing away, we have lost a national stalwart and renowned intellectual, and for Bengal Institute, a resolute well-wisher.

As a towering litterateur, academic and cultural activist, Prof Anisuzzaman was involved in major national events, from the Language Movement to the War of Liberation. He was a member of the Planning Commission to the Government of Bangladesh during the Liberation War, served in the National Education Commission soon after, and participated in drafting the constitution of the independent nation.

Prof Anisuzzaman was serving as the President of Bangla Academy since 2012. Closely associated with Bengal Foundation as a trustee, he was also chairman of the editorial board of Kali O Kolom and Jamini. As member of the Advisory Board of Bengal Institute, Prof Anisuzzaman was a constant inspiration and support to all our activities.

We will remain forever inspired by the life and work of Anis sir.