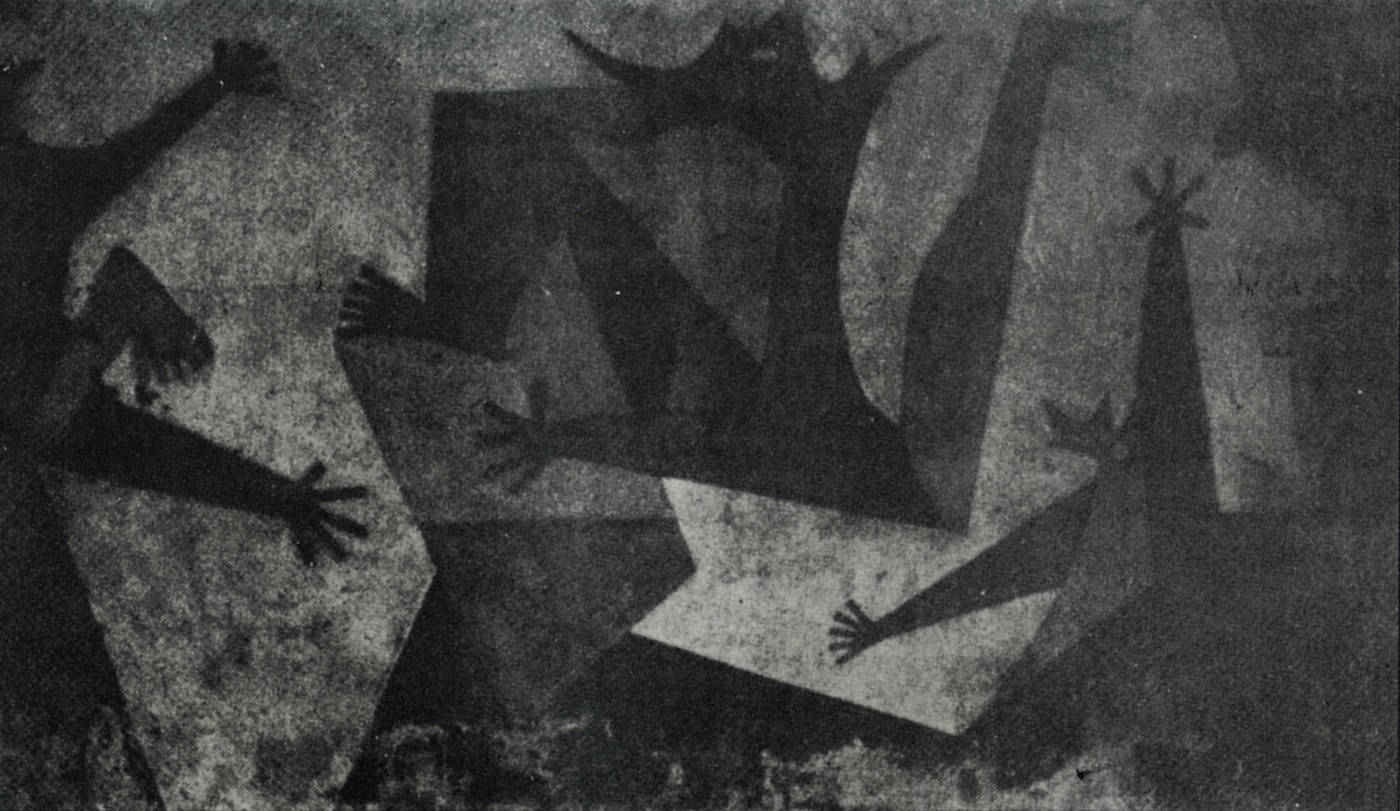 Novera Ahmed - The Legend and the Myth

Novera Ahmed was the pioneer of modern sculpting in Bangladesh. She is also one of the most under- and misrepresented artists in the country. 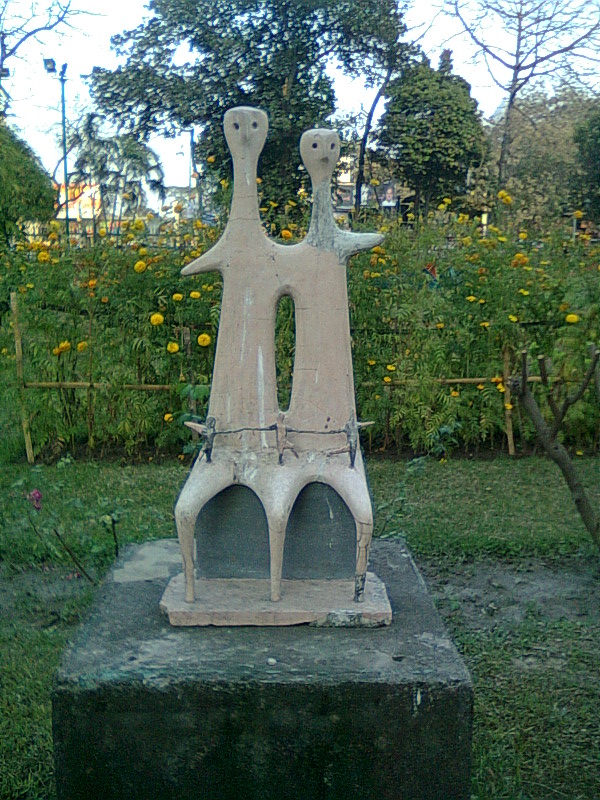 [This article is based on the lecture by Rezaul Karim at the academic program ‘Muzharul Islam and Bengali Modernism’.]

When describing the works of the first modern Bangladeshi sculptor Novera Ahmed, Zainul Abedin proclaimed “What Novera is doing now will take us a long time to understand – she is that kind of artist.” This aptly describes the forward-looking and progressive thought of the pioneer in the field of sculpture, Novera Ahmed.

Novera Ahmed was born in a culturally inclined family in Chittagong, where she was inspired by her mother’s skills in making doll houses out of clay and became fascinated with working with three-dimensional forms. The sculptor herself remained an enigma for scholars and thinkers. A book on Novera Ahmed, published in 1995, written by Hasnat Abdul Hye that represented a version of Novera Ahmed which Rezaul Karim Sumon, a scholar who has done extensive research on Ahmed, described to be “more fiction than fact” and “full of speculation viewed through the male-gaze.” In fact, the representation of Ahmed in the media in Bangladesh general was mostly poorly-sourced guesswork concocted out of rumours or less. 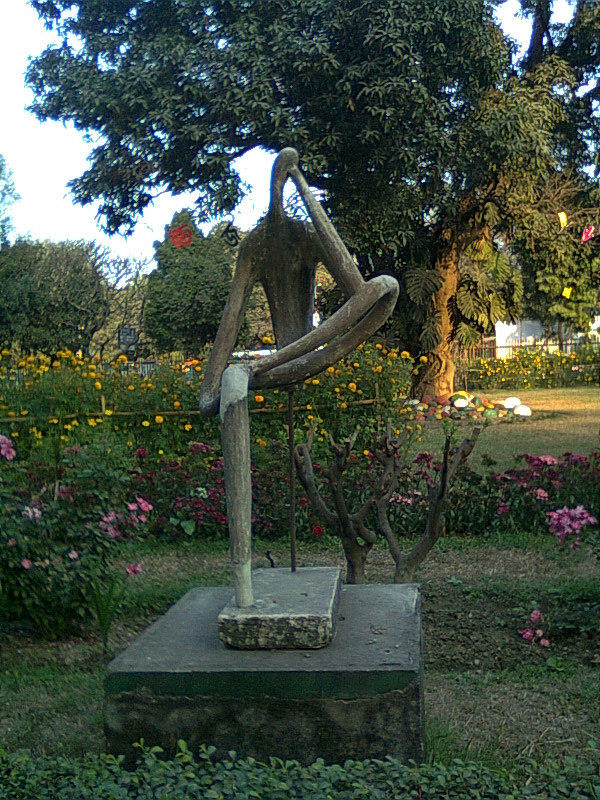 As Ahmed was educated in London at the Camberwell School of Arts, and Florence, her sculptural vocabulary was based on a combination of western ideas and folk traditions. Many of her artefacts were based on village lives and folk motifs, of which she was a keen observer. She also incorporated Buddhist themes in her works, and developed an individual style that depicted the experiences of women. Her education had to happen in Europe as during the time women in then East Pakistan were not accommodated in higher education. Government Institute of Arts was the first art-school to do so, and only from the 1954-1955 session after Ahmed had completed her schooling. 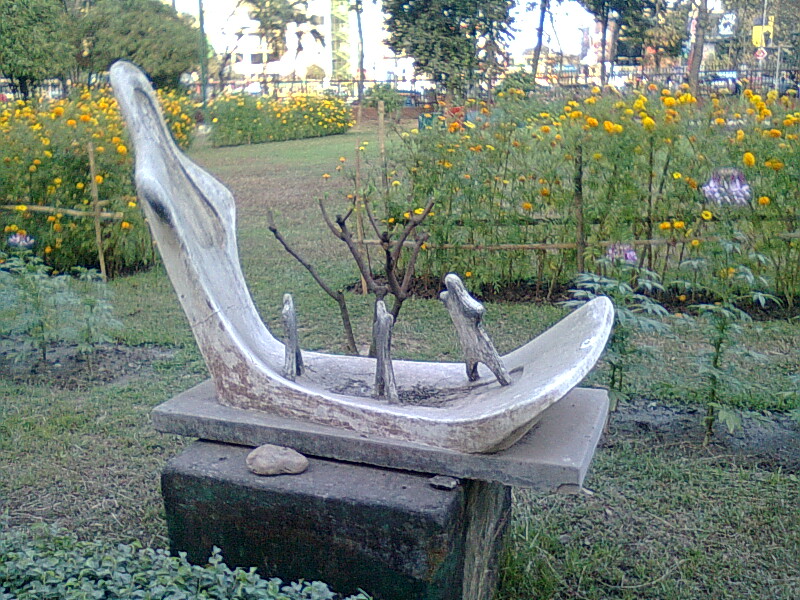 Her first public work was the frieze in the Central Public Library (now Dhaka University Library) in 1957, the subject of which was rural life of East Bengal. She also worked on some small relief structures on the same subject, which had a sense of monumentality. The fact that two of the pioneering modern artists of Bangladesh got involved with one of the first modern buildings of Bangladesh is nevertheless fascinating.

In August 1960, Ahmed came into prominence with her first solo exhibition titled ‘Inner Gaze’, organised on the ground floor of Central Public Library (now Dhaka University Library). With a display of 75 of her works, mainly executed in cement, it was the first-ever solo sculpture exhibition by any sculptor of Bangladesh. It was inaugurated by General Azam Khan of the Pakistan Army, who was so impressed with her work that he gave her a grant of ৳10,000 to promote sculpture as an art form. In the early 1960s, upon the Pakistan Art Council’s invitation, she moved to West Pakistan, and produced many works there. In 1962, she travelled to Bombay to learn Bharatanatyam, and a year later moved to Paris where she remained for the rest of her life. She lived in Thailand from 1968 to 1970, and had her second solo exhibition in Bangkok’s Alliance Française in 1970. At that time she was using remains from plane crashes of American aeroplanes from the Vietnam War.

Novera Ahmed was one of the original designers of the Shaheed Minar, in which she collaborated with Hamidur Rahman. The media labelled her as obhimani, citing as fact her not getting recognition for Shaheed Minar as the reason for her leaving, and not returning to the country. However, Rezaul Karim Sumon believes that this was not true. He further affirms that the irresponsible projection of Novera Ahmed’s personality extended to her work, as misinformed interpretations of the works started being printed on national press. Eventually, she turned into a cult. Becoming part of the conversation not because of her work but because of her media portrayed ‘personality’. However, there is little doubt as to whether she was bold or not. Posing for a photograph dressed as the Hindu goddess Baishnabi wearing Rudraksh garland, in a conservative Muslim society indicates that she was unapologetic in expressing herself.

To Novera Ahmed art is and should always be part of the everyday life of a healthy society. She said “We must let the people grow up with work of art playing a direct positive part in their everyday lives. We must return to the concept of city planning which has inspired the growth of great cities of the world, giving it a new interpretation. We must ignite among our people the spark of curiosity, about the inner visions, meanings and truths of life, which can come only by bringing art within the horizon of our city life.” It doesn’t seem that the art of sculpting has yet had this kind of impact on the life of its citizens as she envisioned.

She was awarded the Ekushey Padak in 1997 in absentia, and an exhibition was arranged from her works left behind in Dhaka in April-May, 1998. However, little care was taken to preserve her works as most of the works that survived did so due to her patrons. Same is true for a lot of her contemporaries. Many of her works have either been squandered and destroyed or in disarray. Her vision for society seems some distance away but respect for her work and impact should not be.