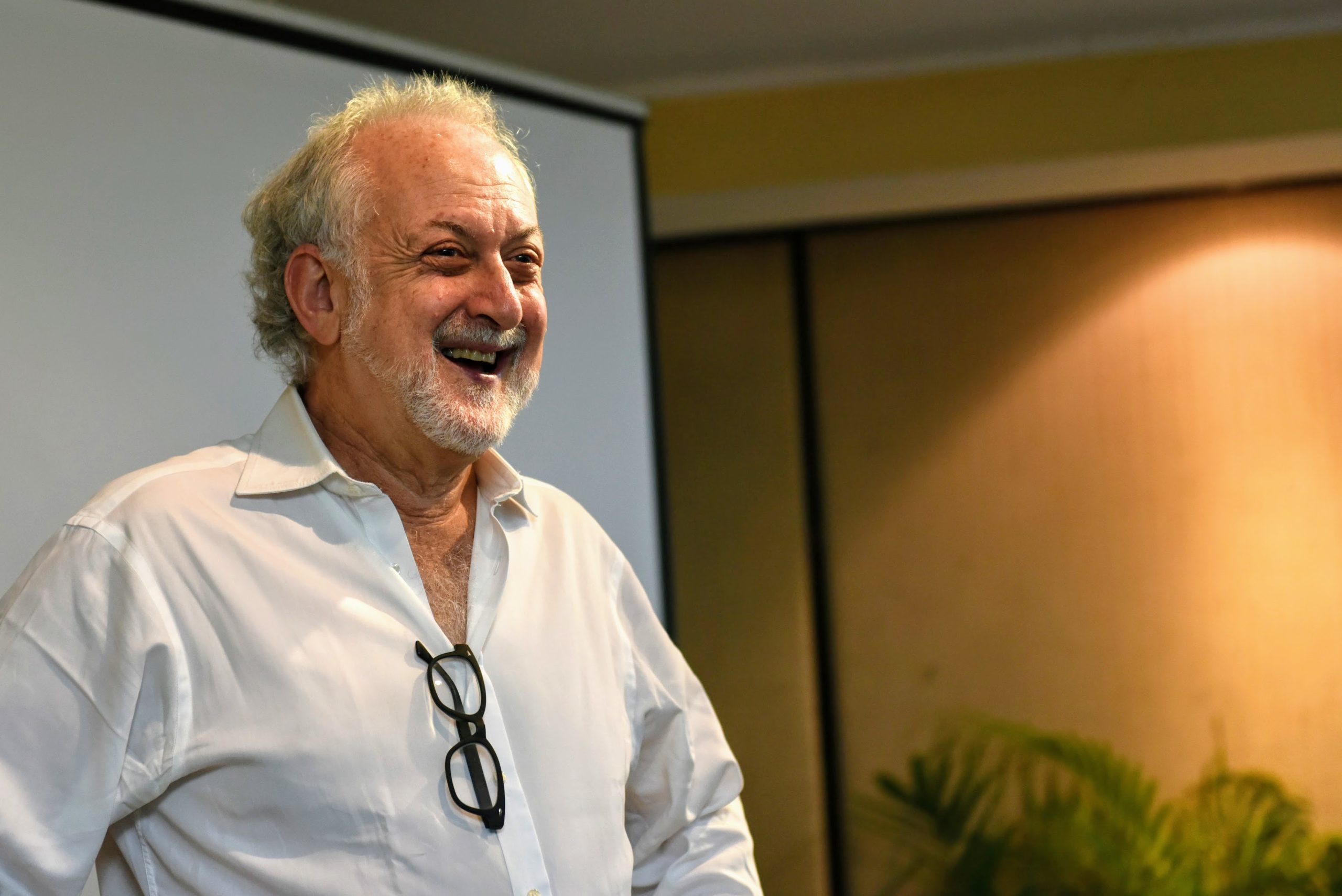 An obituary by Kazi Khaleed Ashraf

“Michael Sorkin passed away yesterday (26th March, 2020) in New York City from coronavirus related complications. This is the closest call as the circle of the deadly and noxious virus gets wider and tighter. No one is spared, not even a visionary architect, incisive thinker and provocative speaker as Michael Sorkin.

I have known Michael for over fifteen years, the first time was when he came visiting the University of Hawaii where I taught. I have read him before but that was the first time I encountered him amongst students and I immediately succumbed to his energy and ready-wit. I have visited his Manhattan office many times, and each time I returned with more of his self-published books, quite a few new ideas, and my thinking and locution sharpened a bit more. And my moral barometer readjusted. Sometimes those meetings would end by heading down to the street for a meal or drink at a bistro close by. All along, Michael exuded generosity and radiance, and a genuine care for the wellbeing of the planet.

His visit to Dhaka at Bengal Institute – Michael promised more visits – was full of inspiring banters, insightful discussions, and promises architects make — to imagine a better life for everyone. He however started off his public talk in Dhaka expressing an outrage – how “the planet is in deep shit.” Who knew then how deep that would be.

I feel terrible writing this piece as a kind of obituary when Michael and I had some grand plans (always!), some around Bangladesh. Few months ago, in July (I checked my emails, there was Michael signing off with a rambunctious note), Michael and his Terreform team in Manhattan and our BI team in Dhaka were collaborating on a proposal competition for two parallel affected communities, one in Chicago and another in a place near Dhaka. As with Michael’s interest in sustainable neighbourhood system, we proposed a unique development strategy that would connect the two distant communities in building themselves up. We even thought of developing an App that the two communities would share.

“Let’s win this!” was how Michael signed off one email about the competition. We didn’t win the competition but there is a greater battle ahead which we will have to.


Some selected photos from his public events and design studio at Bengal Institute, November 2015