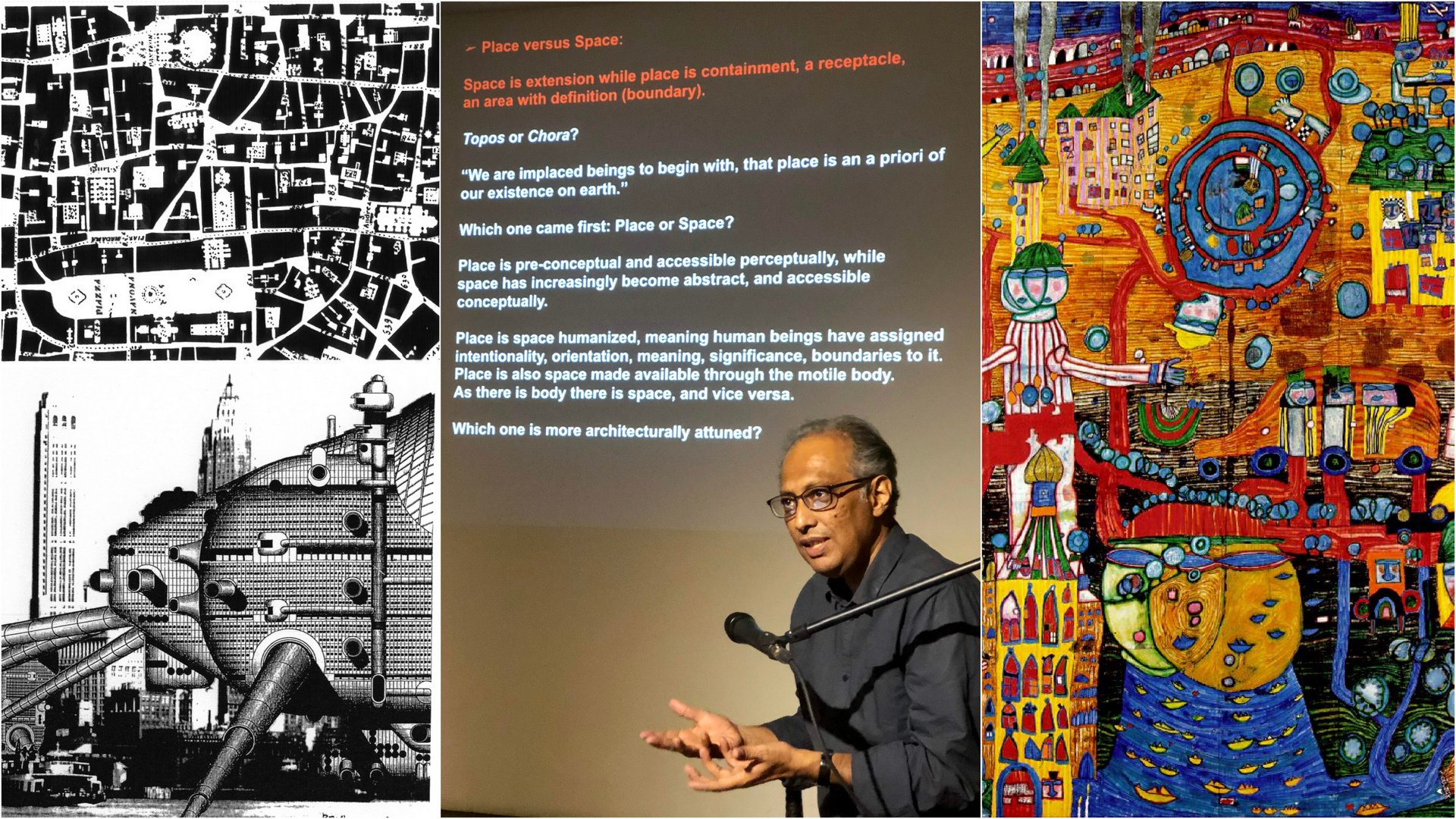 Kazi Ashraf spoke about the definitions of Space and Place and their distinctions in a lecture of the October Session of Bengal Institute's academic program 'Space is Society'.

In a lecture at Bengal Institute’s academic session ‘Space is Society’, Kazi Ashraf explored space as a theme, which is something we all participate in. We inhabit and control space, it is an inherent part of our existence. The philosophical term for it is – lived body. In society, we often live with inequality; many do not have access to spatial arrangements and that is a political issue. Society organises itself in a spatial way. When our thought process is such, it becomes a political understanding. If we think of Space as society, we can also think of society orienting itself to space. We have reached such a point using modern technology that our spatial relation has become quite complex.

Uprooting oneself has a lot of exciting adventures, but it may also have certain drawbacks. Constantly moving around and not being rooted anywhere can often come with a price.

This is the fundamental of #creation of #humanised #space… – Kazi Khaleed Ashraf at the academic session “#Space is #Society” #BIOct18 pic.twitter.com/1TPCKWtxJw

We think of architecture as a three dimensional construct. In the heydays of modern architecture, architecture was deemed as an actual thing, an object. For humans in the modernist period, it’s a great achievement that we’ve made architecture into an object, but it also comes with a price. Architecture is no longer an abstraction when it’s built. Once you draw two lines, it becomes a wall. But if it is to be constructed, it has to have materiality. Architecture as a built situation is always located. Mies van der Rohe pioneered building of abstarct spaces. But it also came with a price for instance, the Crown Hall at IIT College of Architecture. He intended that space to be one column free space for architecture studio, all janitors room and other service areas were down below. His view was constructing a pure space. Now we don’t pursue pure spaces, we celebrate messy spaces. 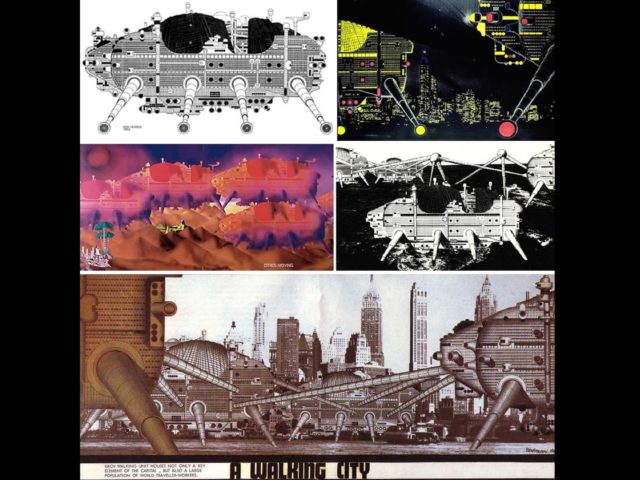 What comes first: abstract or humanised space? Space is an infinite extension, a continuum, that has no end. This idea was pursued by scientists, mathematicians and thinkers alike. Place has a boundary, like a container or receptacle. If a space is divided into parts for different reasons, that may be known as places. Space has to be conceived. But before the conception, the body is already in place. As humans, we are in-placed beings. When there is a body, there is space. The notion of space is embedded in the body. Spatial orientation is embedded with the body. This bodily orientation is often done without thinking; it is pre-conceptualised. This pre-conceptualisation place is accessible perceptually. And space is accessible conceptually. But which is more architecturally attuned?

Architecture is about embodied conditions. It is not easy to convey them, it is approached in indirect ways. It is easier to discuss things that are distant from us; it is harder to talk about those embedded in us. Place is space that is humanized. Space exists when there is a body in it. Space is always abstract, place is particular. For place, there are precise conditions – topography, warmth or coolness, light or darkness etc. Every space has specific conditions – specificity. Architects can work with one condition over the other. We are always in a geographic condition, but we’re always inclined to change the geography. We’re not just happy being geographic beings, we also intent to change the geography.

From an Imperial position the European domination of the world created a centre and loss of space. Rest of the region lies in secondary configuration; they are suppressed for the glorification of the centre. This can also be known as monolithic place – like Roman Empire, Mughal Empire or the British Empire. Historically, imperial tradition creates a loss of place. Particularities of a place will soon be lost. Now every city is starting to look the same.

Modernist architect Aldo Rossi is interested in a group of buildings in a city and their relationship with each other. Some buildings can be monuments – like a church – and the rest are ordinary houses. This is the relationship between buildings. This relationship is collective, those who live in that neighbourhood can understand it and they truly belong there once that understanding comes. This relationship becomes collective through history and memory. Locality becomes through a succession of events. Collective, memory, history – through connecting these Aldo Rossi wanted to define ‘lucus’ in his book The Architecture of the City.

One can also move away by staying in the same place. As was the case for the uncle for Indian writer Urvashi Butalia, who remained in Pakistan and converted to Islam. He remained in the same place but the person had changed so drastically, it would appear that he moved away from the ones that once knew him. Boundaries are created by humans and animals; both space and place has to be humanised.The space must be intentional, oriented and meaningful. You can assign identities to a space. Architects are trained in abstract space. What we’re not trained in is humanised space. Preference of abstract space was due to not referring to any history, tradition, locality or culture in particular. Modernity was celebration of space but it was also loss of place. 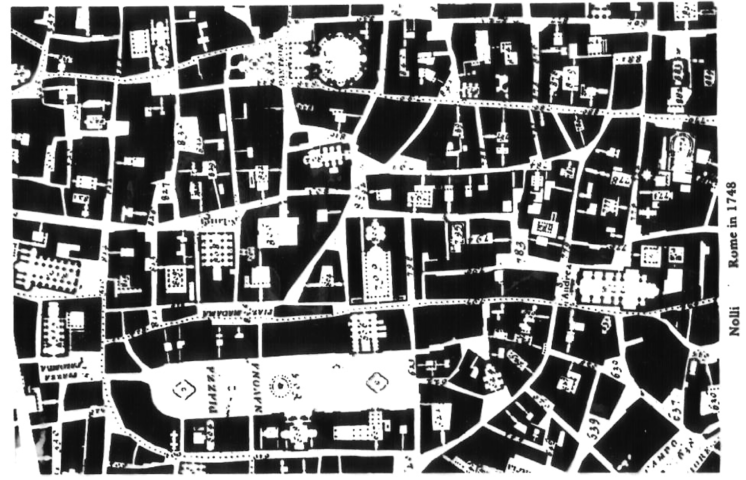 Space must be understood through these three aspects. They often overlap, but they may also create conflict among themselves: lived space, conceptualised space and imagined space. Any architecture is a mesocosm, a mediation between the natural environment and humanising of space. We see each other as independent bodies but what we don’t see is our relationship with the environment. We cannot be a living body without our relationship with the environment. An amoeba’s body is a direct result of its environmental presence. We all are similar to the amoeba; we are in constant interaction with the environment. Our bodies are in constant negotiation with molecular particles. There is no independence from the environment, even for a single moment.If a body is sent to space, in the vacuum the body will splinter and become one with the molecular particle. We have conceptually polarised ourselves. It’s not a two-ness, it’s an intertwined condition, according French phenomenological philosopher Maurice Merleau-Ponty. The living body is always in practice (ক্রিয়া) and that is why we are living. The lived life is a practiced life. It can also be known as everyday life.

It’s important to blur the lines of the common understanding of space. On one hand there is infinite space and on the other there is specific space. So which do we understand first? Choreography can be dissected as creating lines in space using the human body. Space is infinite, place needs to be bound specifically by human interaction. One of the defining contributions of Postmodernism was the celebration of locality.