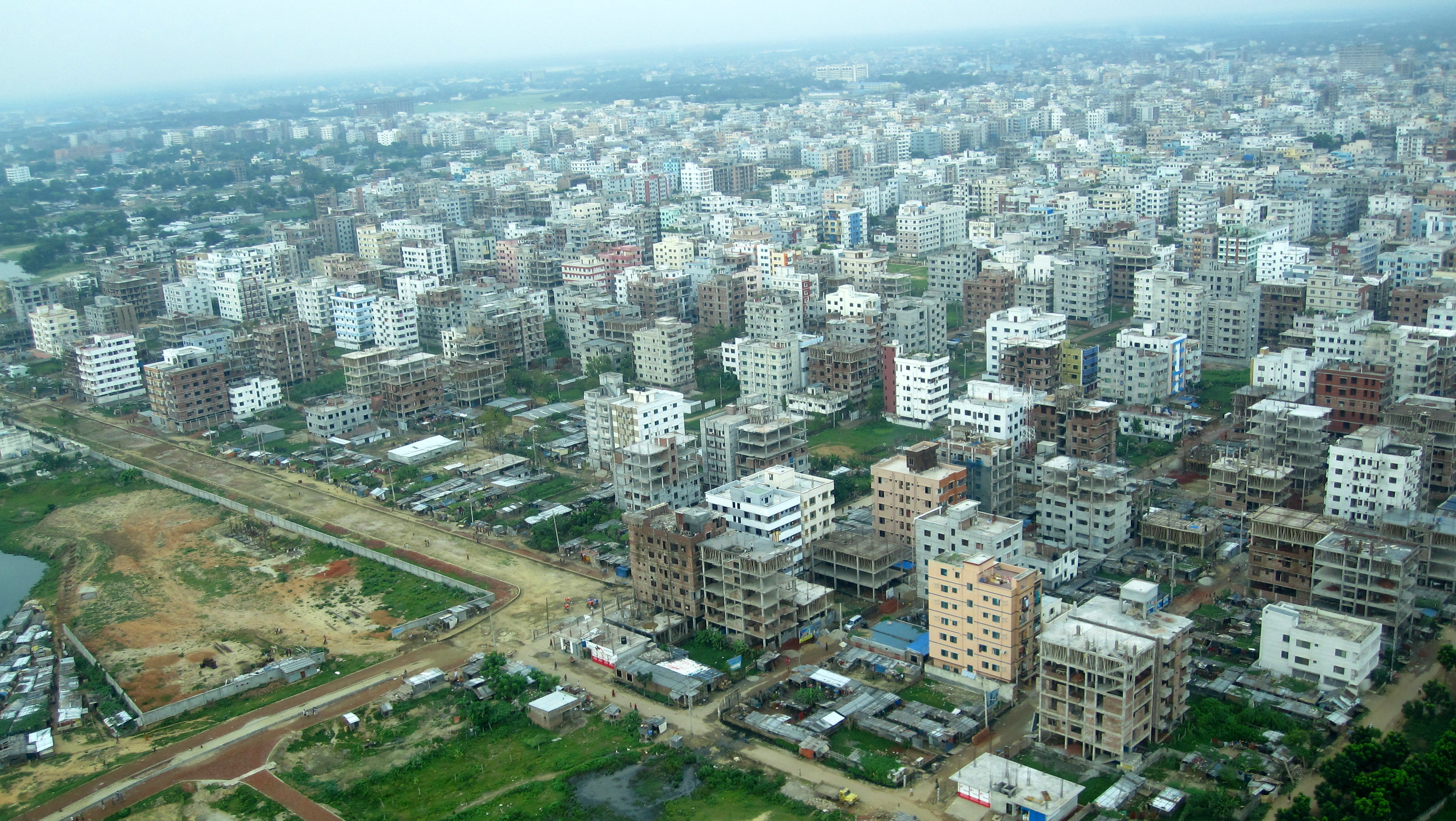 The Future is the City but What Will It Be?

Le Corbusier said in his 1923 book titled The City of Tomorrow and its Planning that a successful city is one where speed can be brought under control. The average speed of Dhaka is now 7 Kmph. Where is this speed leading us to?

Perhaps instead of thinking about speed, we should be reconsidering whether our necessity for personal motor vehicles is justified at all. We are a small country, after all. We cannot keep bringing cars to the roads ad infinitum. On the other hand, considering Dhaka’s population of 16 million, the solution can never lie on individual privatised cars. A city like Dhaka must be relying on mass transit systems, insists Kazi Khaleed Ashraf.

However, Adnan Morshed, questions, will the aspiring middle-class people accept mass transit as a mode of transportation? The middle class needs a symbol of some sort that represents their social status. For instance, in India, despite the availability of mass transit, the middle class are still looking for that symbol that represents them. In order for that representation, and with increased affordability, they end up buying cars. Considering we are still unsure if the mass transit system will eventually be a solution for the city, perhaps we need to research on how to make the middle-class more conscious about the environment. Bangkok is an example where there is still traffic congestion despite the existence of a metro rail system (although people who ride the metro have that option). 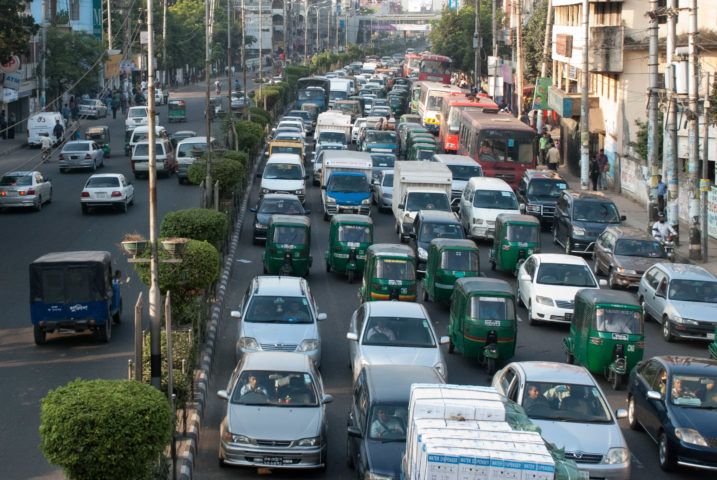 Cars are still the symbol of representation for the middle class. Photo: Mohammad Tauheed

Nonetheless, mass transit can still be a prime alternative. It is working quite wonderfully in Kolkata, despite having been introduced in India just fifteen years ago. Although that is not the only solution that should be given to city dwellers. Social campaigns must be done to encourage walking and cycling. Proper investments must be done on footpaths and a national footpath policy must be developed. 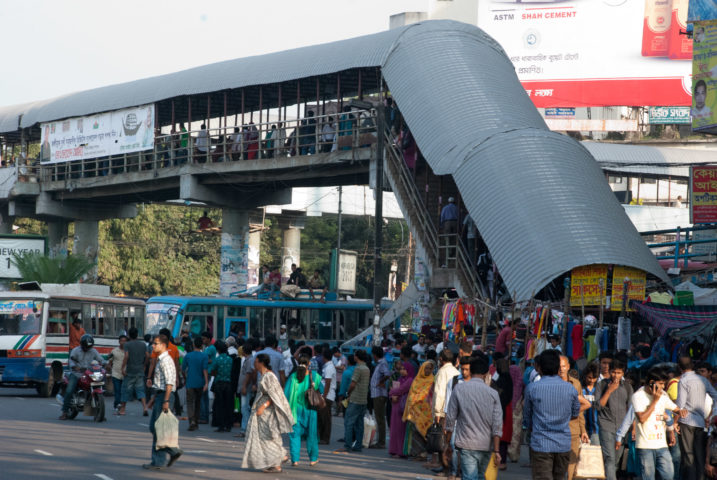 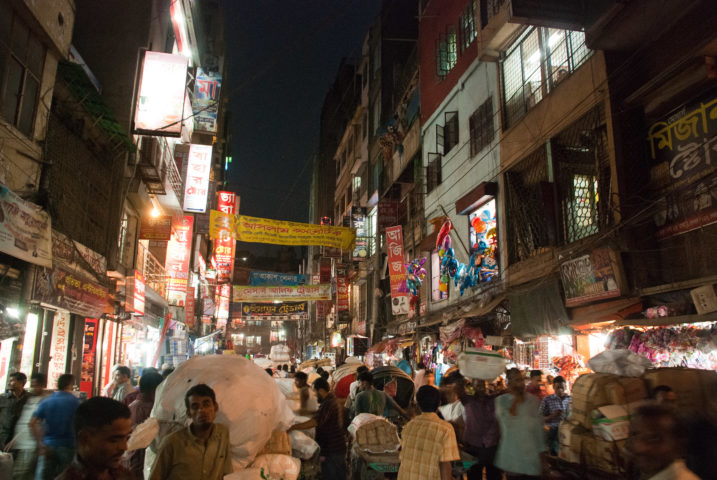 Mass transit is deeply interlinked with walking. One has to walk to reach the train or bus station. If a city has provision for neither mass transit nor walking, what choice does a city-dweller have, other than using a car (for those who can afford)?

Perhaps our biggest weakness lies in trying to solve urban planning solutions through masterplans. Urbanisation is a messy process, from which, through tactical interventions, we need to generate small examples. This problem of mobility needs to be solved with a multilateral and multi-tiered approach.

Kazi Ashraf thinks architects should be involved as a part of the society, not as a distinct component. In the context of Bangladesh, he believes, there is a gap in how a city should be perceived. In order to bridge the gap, architects must also see their profession as a form of political and social activism, and not just as a trade. It is also important that those not involved in the architecture profession – writers, poets, cinematographers – be involved in the discourse regarding cities. Such discussions should not be limited within policy makers, urban planners and architects.

Adnan Morshed observes that urbanisation has been brought upon us quite suddenly. He believes we still look at the process of urbanisation through a rural lens. Our cities are developing in a rural atmosphere, and our policies are a reaction to that. Which is why, Morshed does not hold architects fully responsible for the current scenario; the architect is only part of a larger dysfunctionality.

Bangladesh has to decide what would be the formation and morphology of its cities. In the medieval Bengali literary genre, Mangalkavya, the subgenre Chandimangal has a 16th century narration of Kalketu that involves planning and building a city. Similarly, there are other examples of complex settlements, if not cities themselves. It is necessary to compile these examples, not only those city-like settlement with physical presence or trace, but also literary representations of cities. When Italo Calvino’s book Invisible Cities was first released, design studios in North American universities were conducted on each chapter of the book. Perhaps a similar practice can be done on Mangalkavya.

For this practice, curriculum revision must be done, not bureaucratically, but culturally. There must be a fundamental transformation in the education system. Discussions must take place in a multi-layered and multi-lateral way. The architecture discipline must be viewed as multi-disciplinary. Experts from various disciplines – historians, literary experts, economists and environmentalists – should be included in such discussions. Adnan Morshed thinks that we still see the architecture practice through the lens of an ‘imported education system.’ It is important that we come out of this way of thinking. It is only then that we will be able to look at our problems organically.

Kazi Ashraf thinks we need to focus on urbanism, rather than urbanisation. In our context, examples of urbanism can be made through design of a small public space or a part of a large city. Additionally, housing design solutions must also be considered, since that is one area we have failed in providing models for. Housing is after all the fundamental pattern of the city. Planning conventions organize Dhaka mainly by creating plots, but plotting should be rejected, he says, and other models of group housing should be explored.

A question arises whether architects are engaging in an adequate dialogue with people from other disciplines. When it comes to urbanisation, ultimately, economists, policy makers and mayors are the ones who lead and are heard. But what is their role in architecture education? Why are they not invited to comment on what the future generations of architects should be building? Hence, it is of utmost importance to consider multidisciplinarity in the future of urbanisation, whether in education or practice.

The future of the city must be addressed in multiple ways. When you are doing a tactical intervention, the key considerable issue would be what kind of a future we should envision. It must be kept in mind that the future can be crafted and moulded. It may be done through planning or through a vision. Dhaka is undoubtedly being crafted and transformed every day; the ones behind this crafting may not have a vision, but they do have a destination at the microscale.