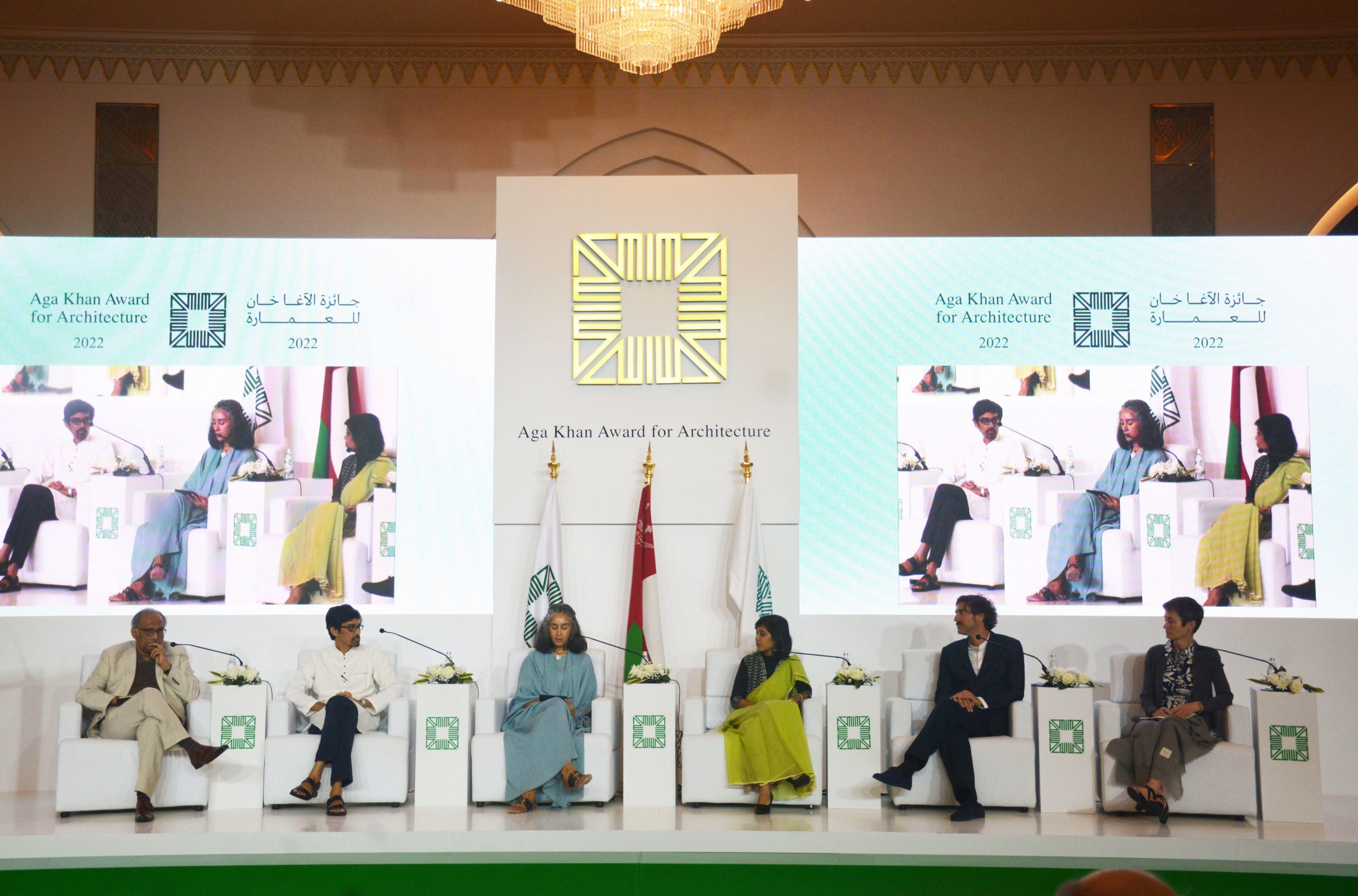 The award distribution ceremony for the 2022 Aga Khan Award for Architecture was hosted by the Sultanate of Oman on 31st October, 2022 in Muscat. The event marked the conclusion of a three-day celebration which also commemorated 15 laureates who became winners of the Aga Khan Music Awards.

This year, for the third consecutive cycle, two out of the six coveted positions for the prestigious Aga Khan Award for Architecture were given to Bangladeshi projects: Urban River Spaces in Jhenaidah by Co.Creation Architects / Khondaker Hasibul Kabir and Suhailey Farzana, and Community Spaces in Rohingya Refugee Response by Rizvi Hassan, Khwaja Fatmi, and Saad Ben Mostafa. 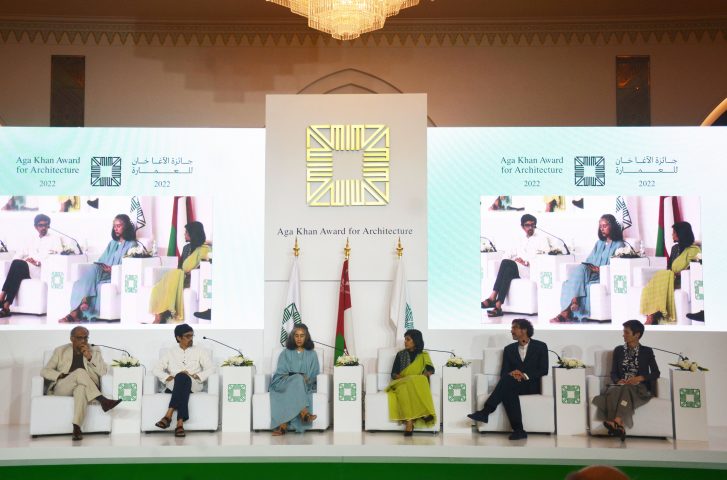 The Award ceremony included speeches by distinguished individuals such as Farrokh Darekshani, Director of the Aga Khan Award for Architecture, who mentioned the diverse projects recognized from all over the world, since the first cycle’s Award ceremony in 1980. Representing His Highness Aga Khan was his daughter, Princess Zahra Aga Khan, who remarked that the Award program was something that was of great significance to His Highness. The program and the selection of award winning projects reinforced His Highness’ belief that architecture is not just about constructing new buildings, its real impact lies in improving the quality of people’s lives. 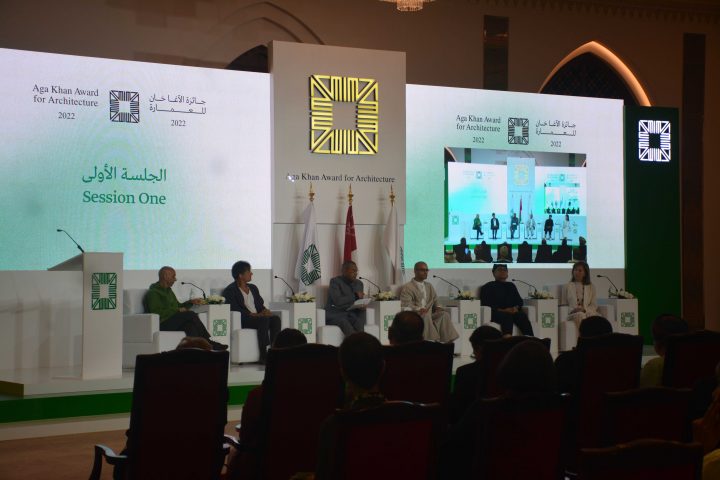 Sayyid Said Sultan Al Busaidi, Undersecretary of the Ministry of Culture, Sports and Youth for Culture of the host nation, mentioned in his statement that by recognizing a selected pool of projects in contemporary design, social housing and community design, the award promotes the needs and aspirations of communities. He also added that the Sultanate of Oman’s aim in hosting the ceremony was to support cultural enrichment and to establish itself as a contributor in the global cultural scene. 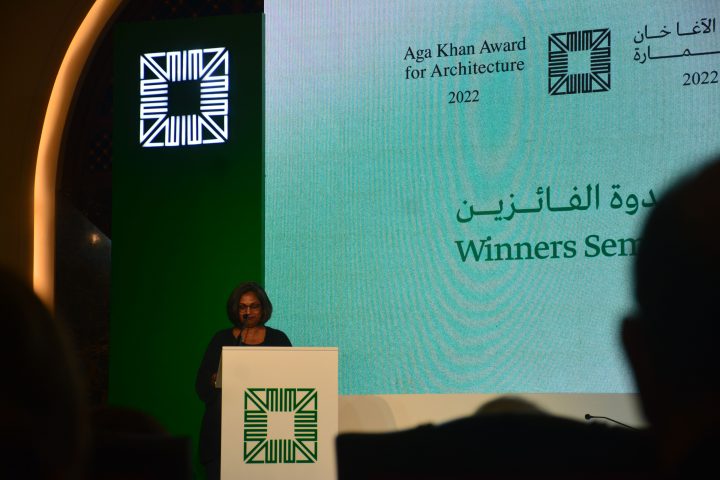 Marina Tabassum, member of the Steering Committee, and recipient of the 2016 Aga Khan Award for Architecture speaks at the event.

The ceremony at Muscat also included a musical interlude performed by the Aga Khan Master Musicians, with prominent oud player, Yurdal Tokcan, present as a special guest. There were also some film screenings which showcased the winners of the 45th Award cycle. 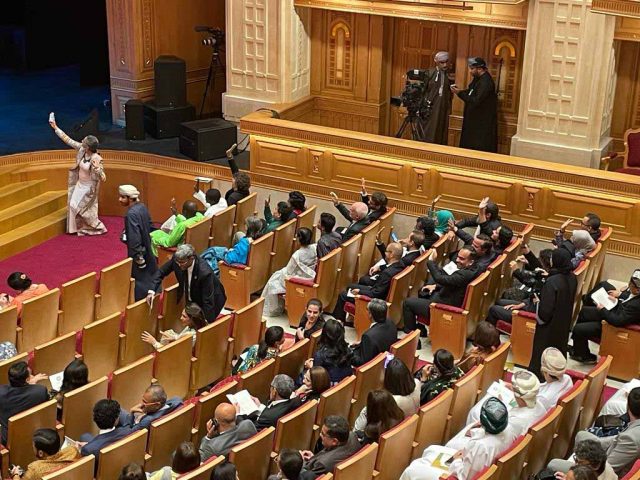 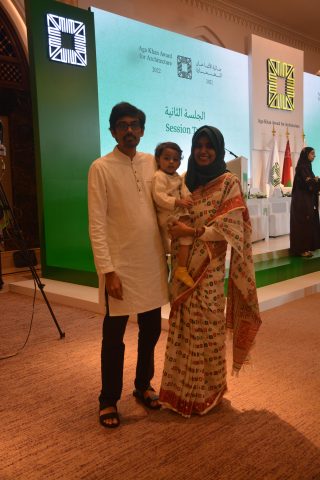 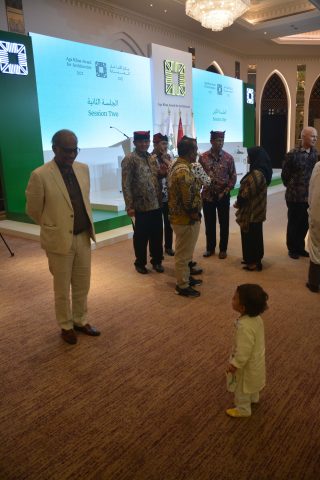 Established in 1977 to recognize projects which establish new standards that determine excellence in architecture, the Aga Khan Award for Architecture is widely acknowledged as one of the most highly esteemed recognitions for built environment professionals worldwide. The Award aims to identify and recognize design ideas that provide successful solutions to challenges faced by communities worldwide, and is generally awarded to projects that are built with sensitivity towards the environment and the communities it will serve. 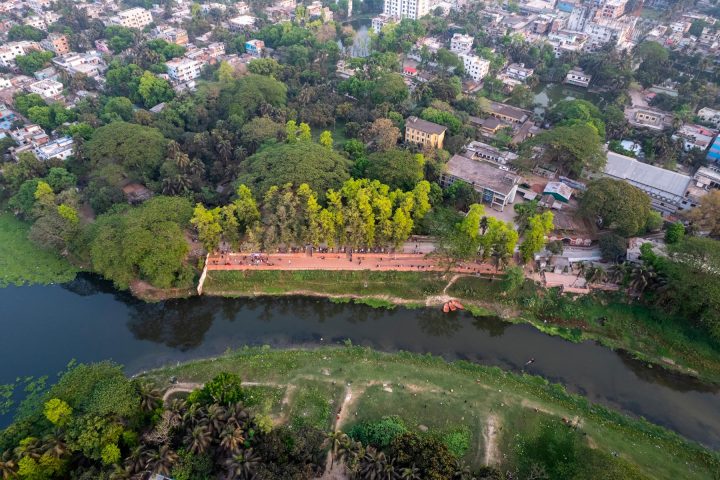 Aerial view of the long public ghat along the Nabaganga river in the city of Jhenaidah.
Image credit: Aga Khan Trust for Culture / Asif Salman (photographer)

Urban River Spaces in Jhenaidah is one such project that is fully geared towards its community, and mobilized by the community as well. Although the city of Jhenaidah originated around the confluence of the Naboganga river, over the course of time, the usage and access to the riverbank decreased. That’s when the local community and Khondaker Hasibul Kabir and Suhailey Farzana of Co.Creation Architects, worked together to redesign the ghat along the river. With the help of local builders and masons, two ghats were constructed, while preserving all the trees and vegetation of the existing site. These ghats are now fully utilized by the communities as a functional space by the river, with walkways running adjacent to it. 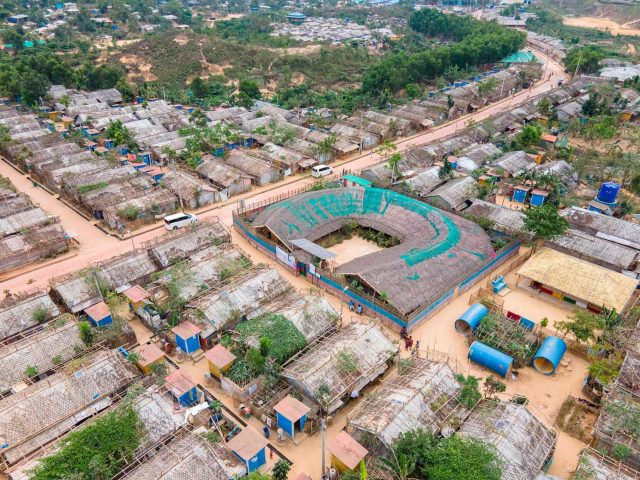 In 2017, the sudden influx of refugees who fled from Myanmar to Bangladesh, and took shelter in Cox’s Bazar, resulted in a lot of strain on the infrastructure and services that existed in the region. Thus, the world’s largest refugee camp was built in Cox’s Bazar to accommodate these large numbers of people. This camp is where architects Rizvi Hassan, Khwaja Fatmi, and Saad Ben Mostafa designed six sustainably built structures that addressed the needs of the local communities. The designs for the centers were mostly carried out on the site itself, with no prior drawings or models. The team made the best use of local craftsmen and locally available building materials to implement their design solutions in a sustainable way. 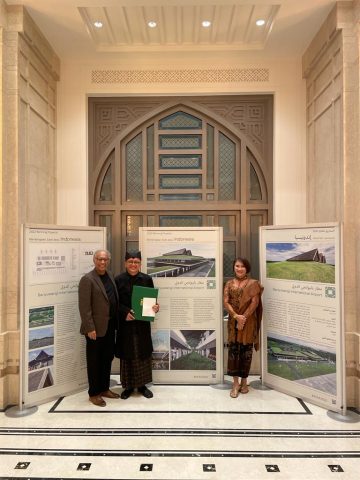 Other winners of the 2022 Aga Khan Award for Architecture included: Banyuwangi International Airport, Blimbingsari, East Java, a building that is a beautiful coalescing of site, function and architecture; Argo Contemporary Art Museum and Cultural Center, Tehran, a conservation project which transformed a brewery into a museum for contemporary art; Renovation of Niemeyer Guest House in Tripoli; and Kamanar Secondary School, Thionck Essyl, a project which dealt with architecture, building technologies, landscape and urbanism with equal amounts of priority and expertise. 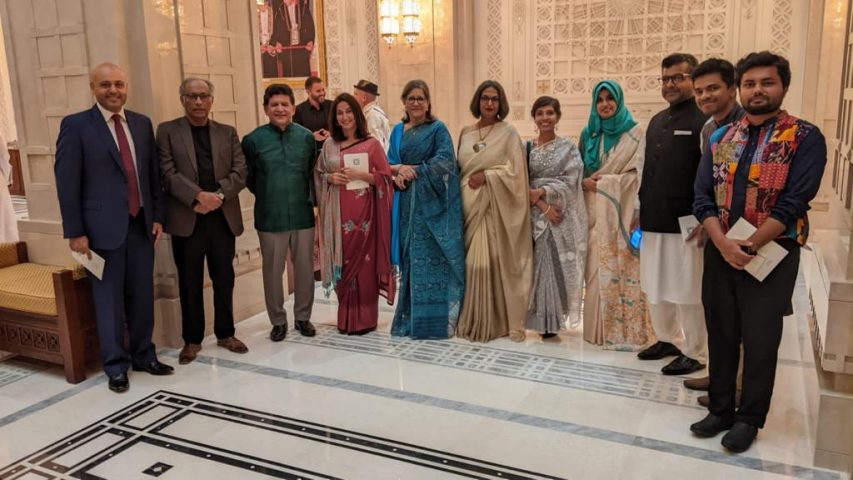 Photos of the ceremony by Kazi Khaleed Ashraf and Khondaker Hasibul Kabir
Published on: 8th November, 2022